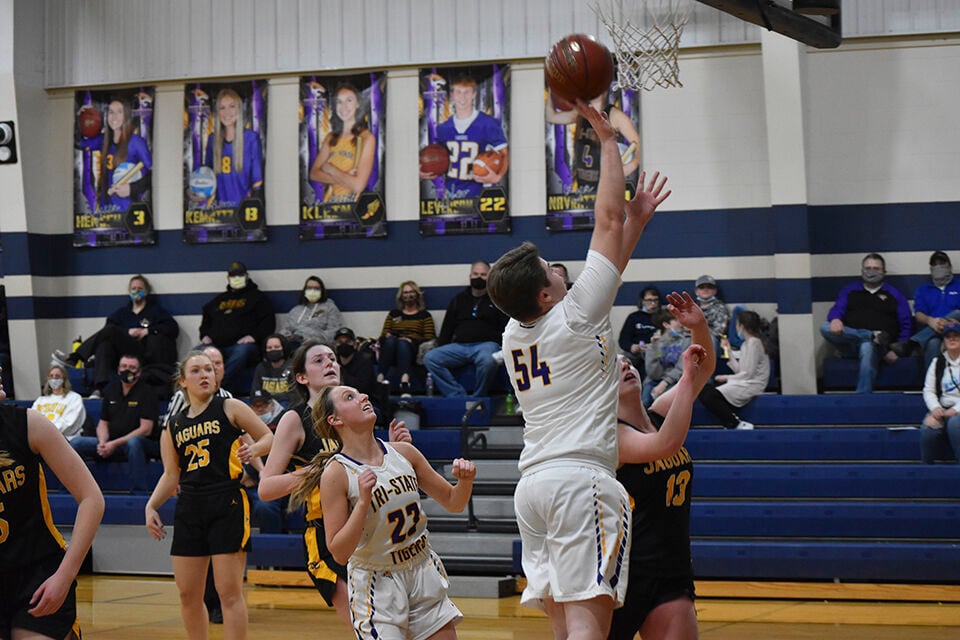 Center Nora Braun takes a shot from under the basket. 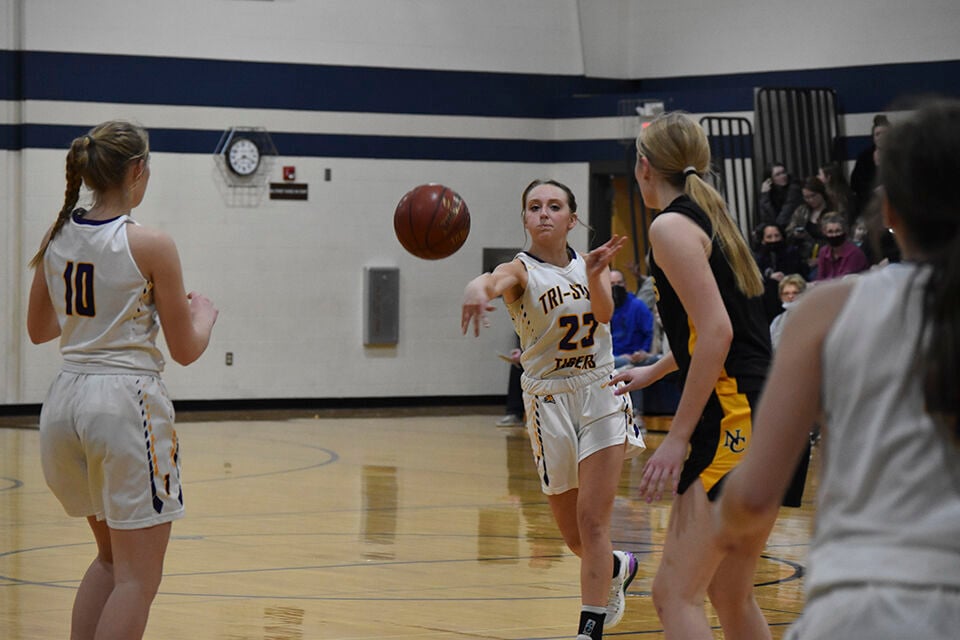 Center Nora Braun takes a shot from under the basket.

Tri-State Tigers girls basketball was defeated by the Northern Cass Jaguars 71-37 in a region one match up, Tuesday, Jan. 26 at Rosholt High School.

“The team is on a losing skid right now, losing six of the last seven games, however several of these teams are highly rated in the state rankings. We are finally through the hardest part of our schedule and I look forward to seeing a little more success on the court,” Head Coach Brenda Dahlgren said.

After a hard fought first quarter between the two teams it was anyone's game. The Tigers were one point behind the Jaguars who led 12-11.

The Jaguars were able to widen their lead in the second quarter to 39-25. From there the Jaguars couldn’t be caught, adding an additional 17 points to the scoreboard in the third quarter, ending it 56-33.

In the fourth quarter the Tigers were held to four points and the Jaguars managed to put up an additional 15 points bringing the final score 71-37.

“We are a young, inexperienced team and need to see more time on the court to see success. We are improving our free-throw shooting percentage and our number of rebounds per game, but still are not gelling very well on the offensive end and foul too much on the defensive end,” Dahlgren said.

The team had a total of 16 fouls throughout the night. They also had 25 rebounds, 14 defensive and 11 offensive. The Tigers made 13 of their 17 free throws or 76 percent.

Hannah Leverson was the Tigers top scorer with 13 points followed by Nora Braun with 10 and Kya Navratil with six.

Rebounds were led by Braun with eight and Hannah Leverson and Mary Rupp with four each.

Assists were led by Kya and Morgan Navratil with two each.

“It has been a frustrating year having our Minnesota athletes unavailable until last week and now I feel like we are starting over trying to find a good rotation for our team, when that is something that all other teams that we face have figured out much earlier in the year. We just need to have patience and allow our youngsters to blossom. It will take some time, but they are determined to get it figured out soon,” Dahlgren said.