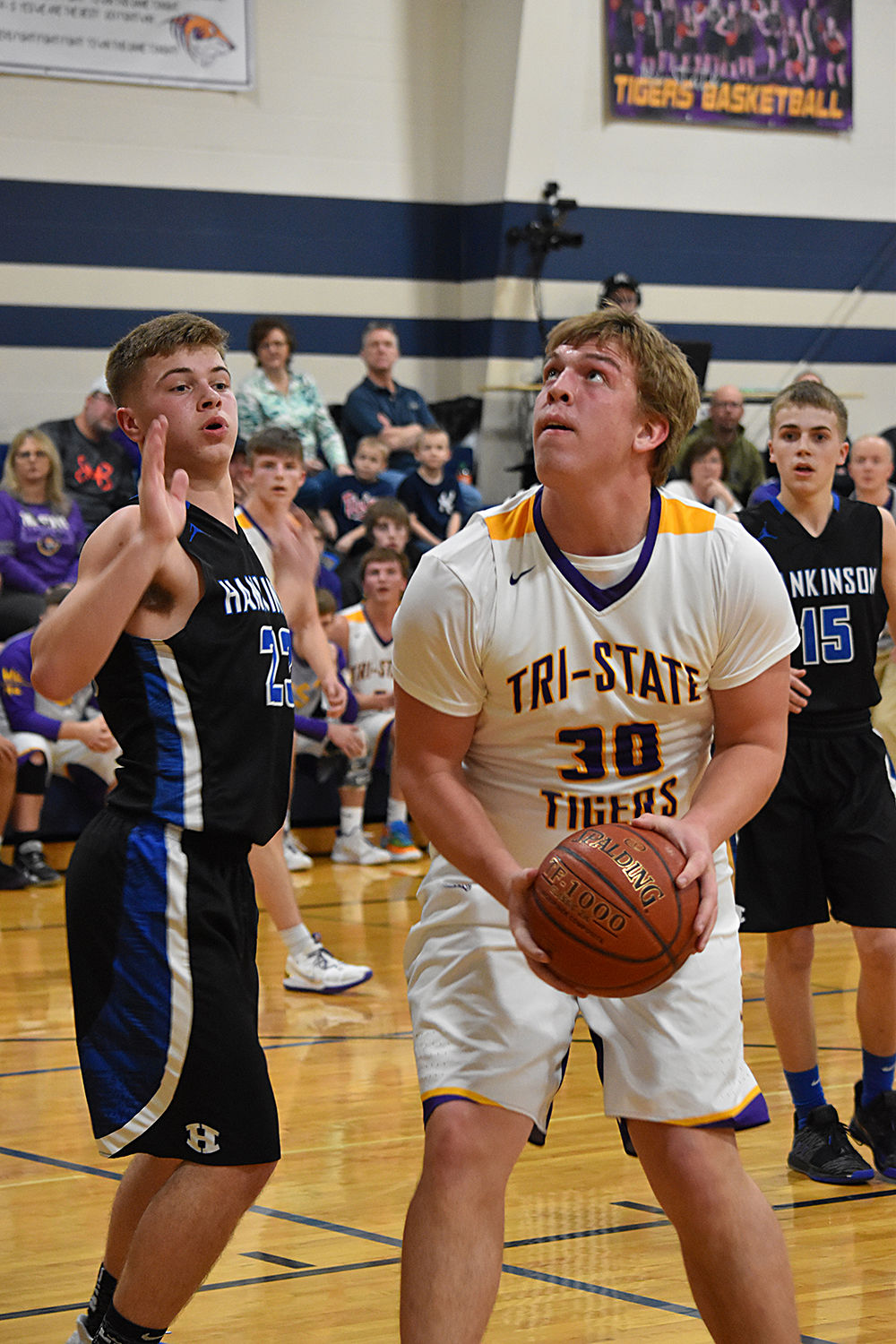 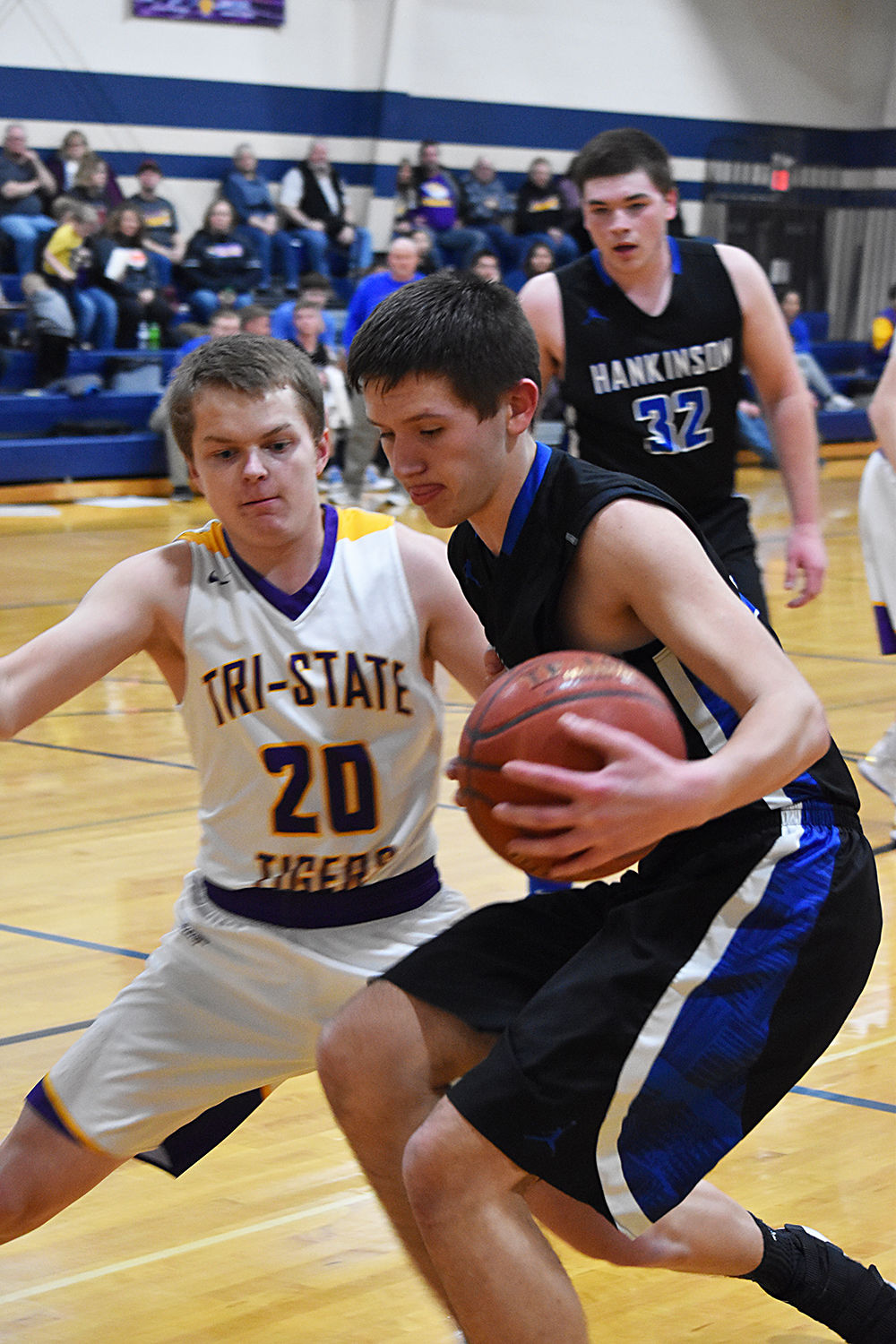 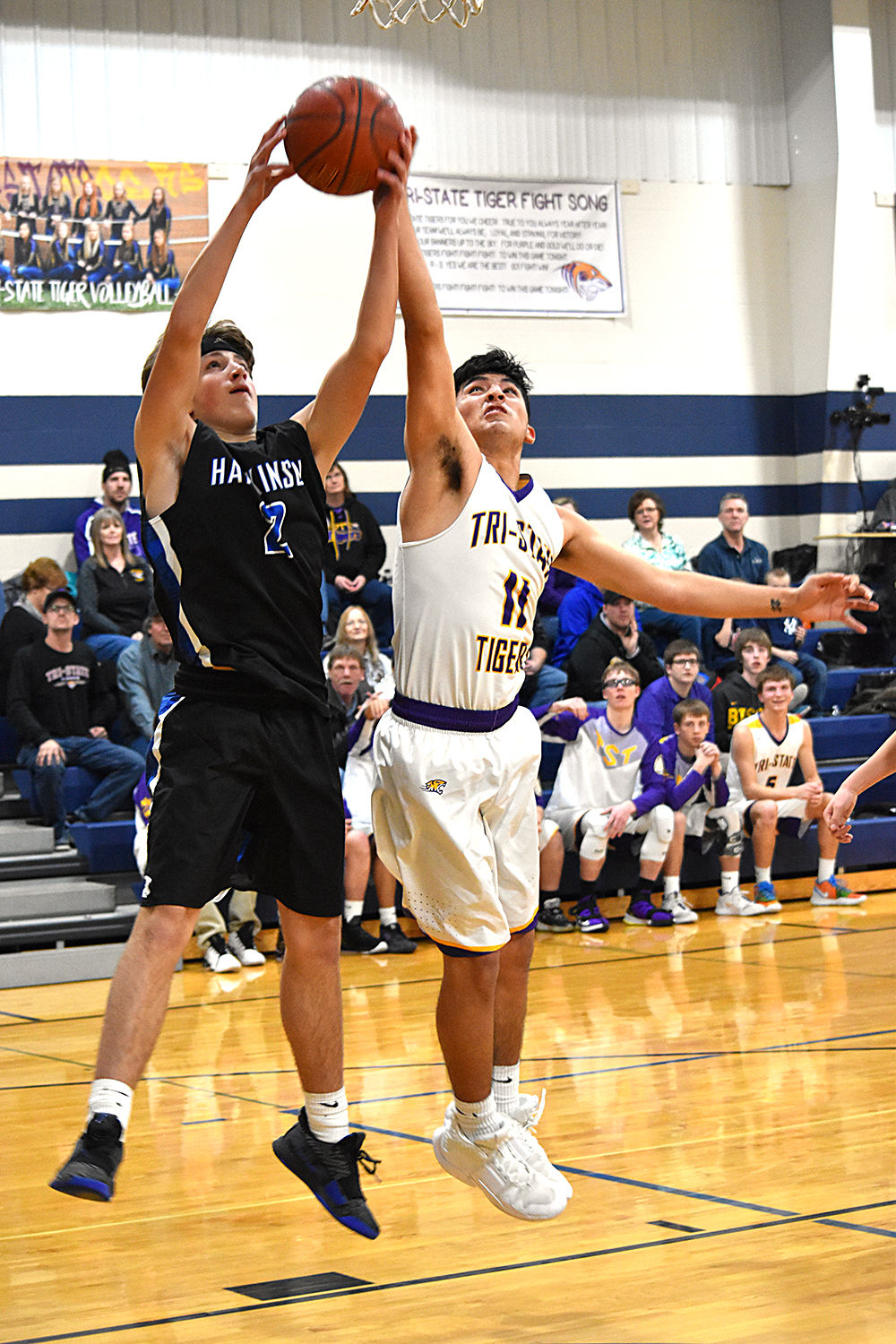 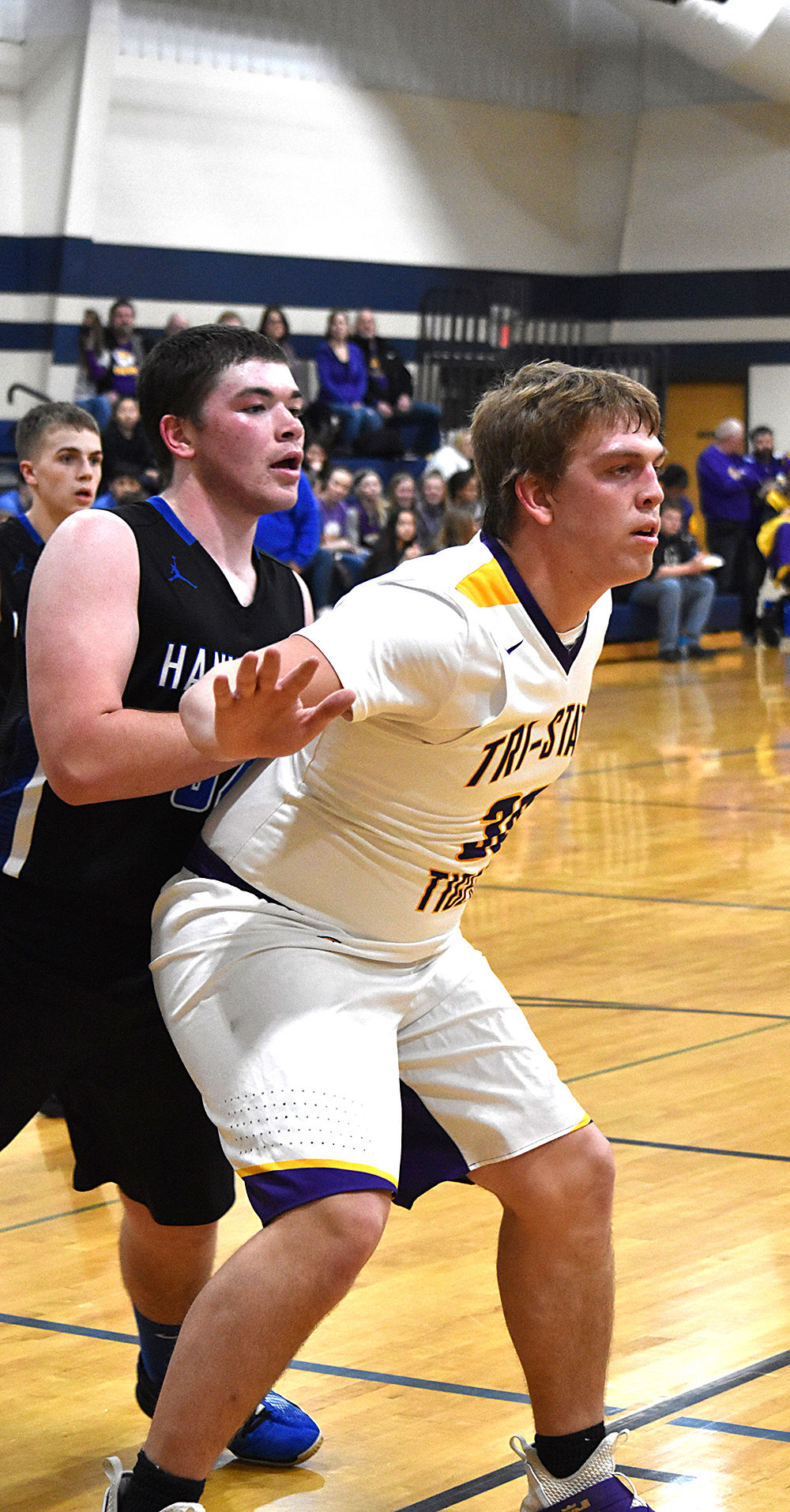 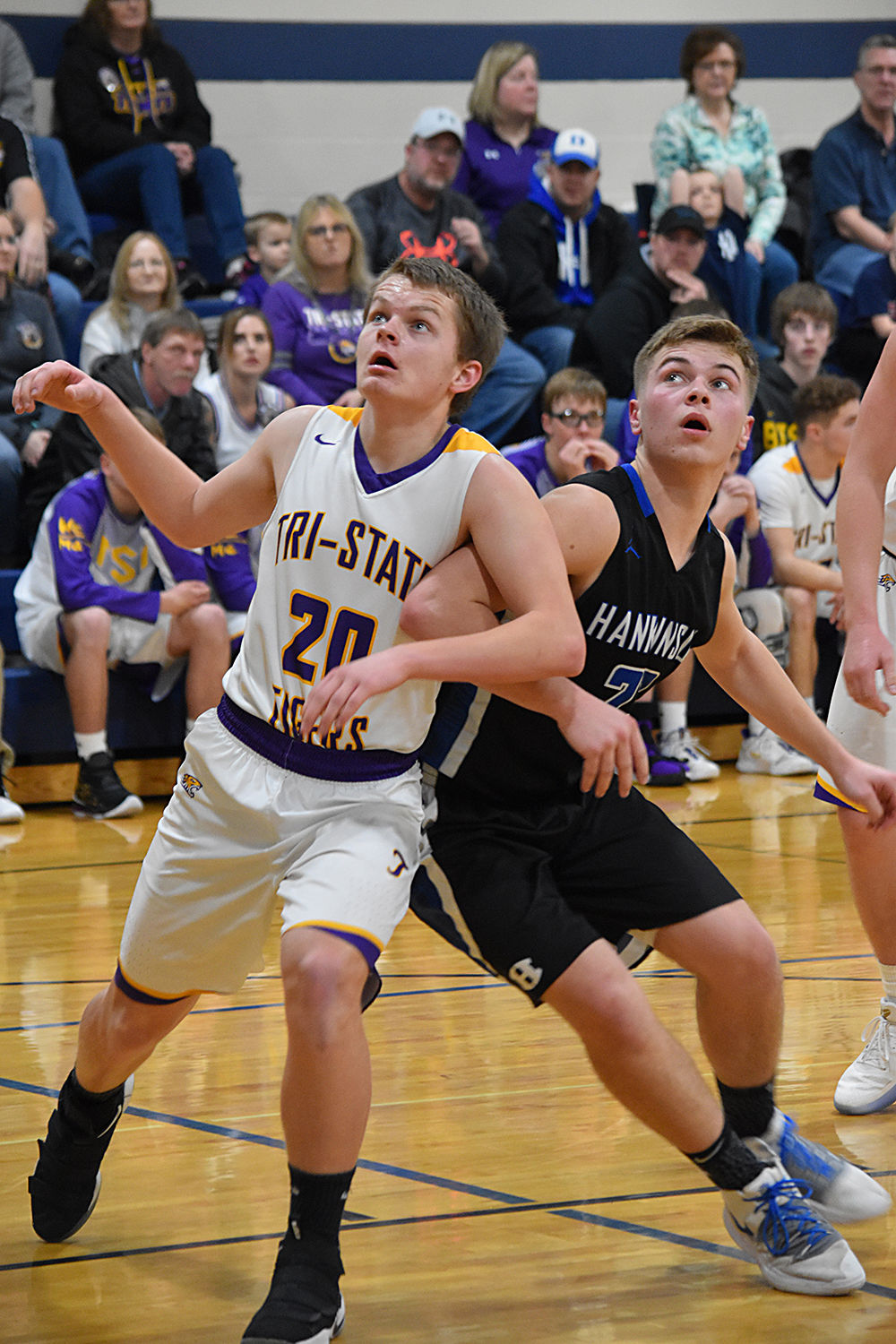 If Tangen doesn’t have a route to the basket, he passes the ball to an open teammate since defenses typically try to front and back him, leaving at least one person open.

“These guys are so lucky because he is so unselfish and won’t force anything,” Krueger said as his Tigers topped Hankinson 69-54 Monday night at Rosholt, South Dakota.

That inside game made all the difference for Tri-State, Krueger said, since Hankinson is smaller and doesn’t have anyone who can match Tangen’s size or physicality.

Tangen scored 20 points and was all smiles after the game, caring more about including as many teammates in their offensive charge as possible. In all, 10 Tigers scored one point or more against Hankinson.

“My goal is to move the ball around and play unselfish basketball. We haven’t really been doing that. It’s good to get everyone the ball. Then it’s a fun game offensively,” he said.

Hankinson’s goal was to limit Tangen’s contact with the basketball, said coach Mike Gaukler, by putting one defender in front, and help-side behind him. Gaukler said his Pirates were a little late on those rotations.

“We accept the fact he’s going to get some rebounds. That’s his role. But when he’s able to get the ball free, that’s on us,” Gaukler said.