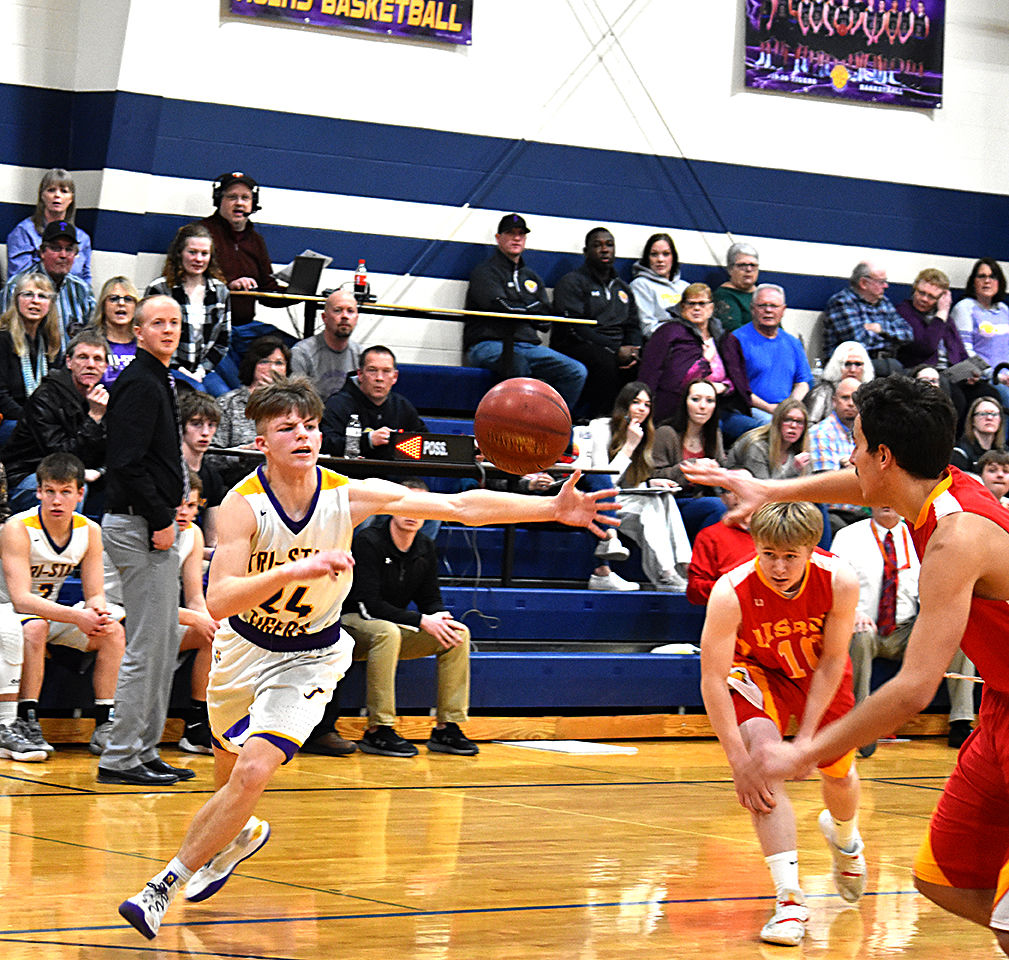 Tri-State senior guard Gavin Rydell runs down a loose ball Tuesday during the Tiger’s play-in game at home against Lisbon. Tri-State opened the second half with their running shoes on to beat the Broncos 64-48. 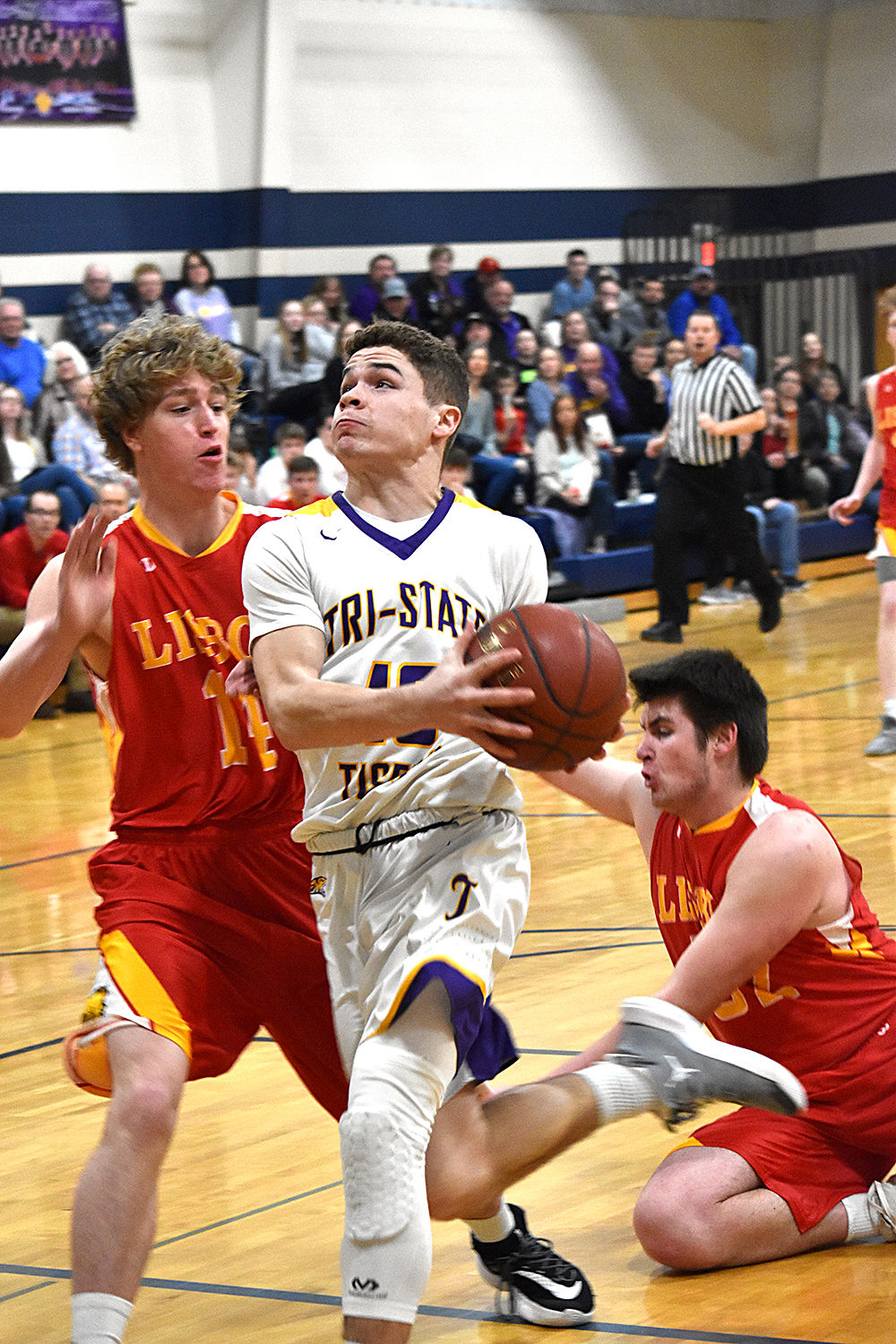 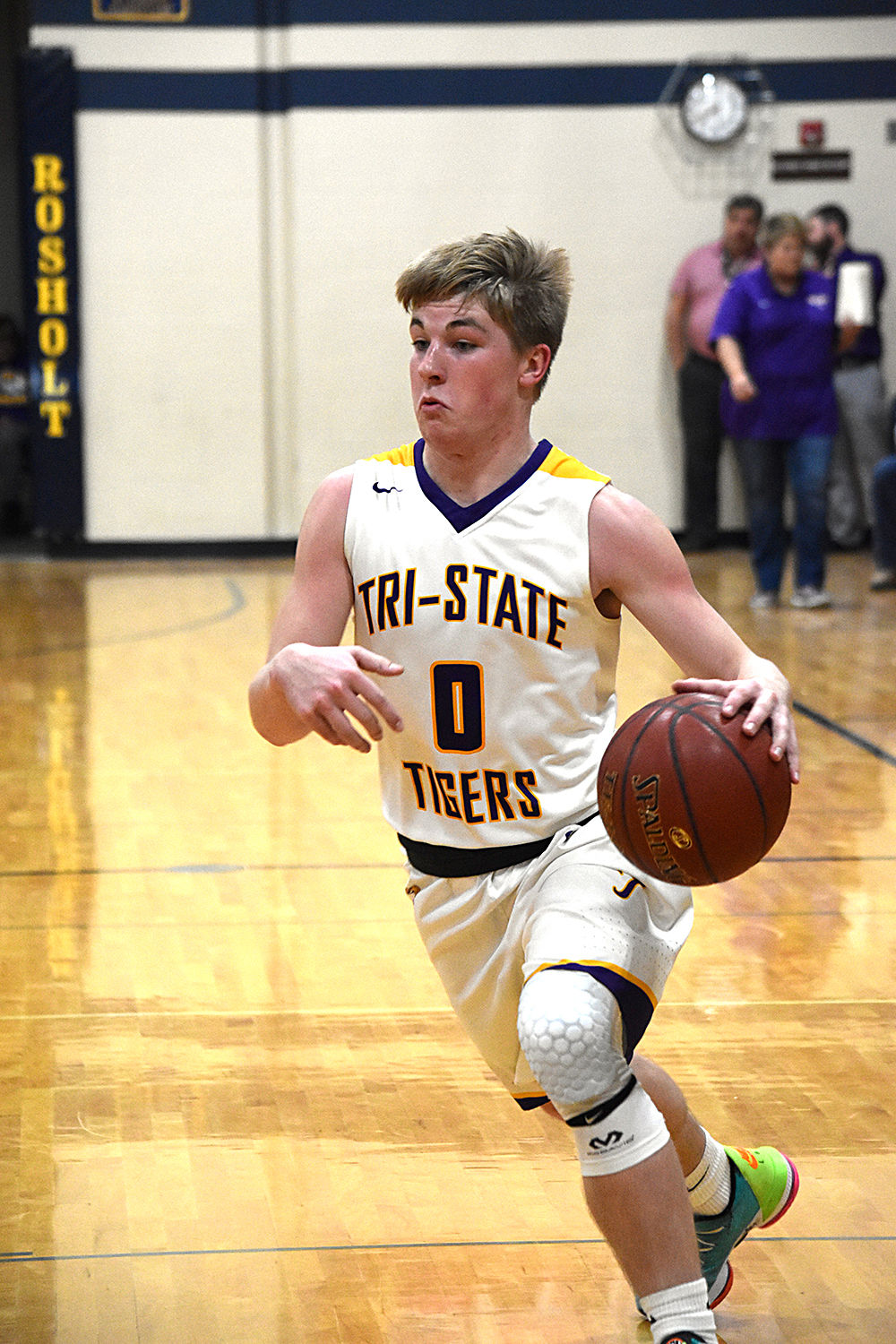 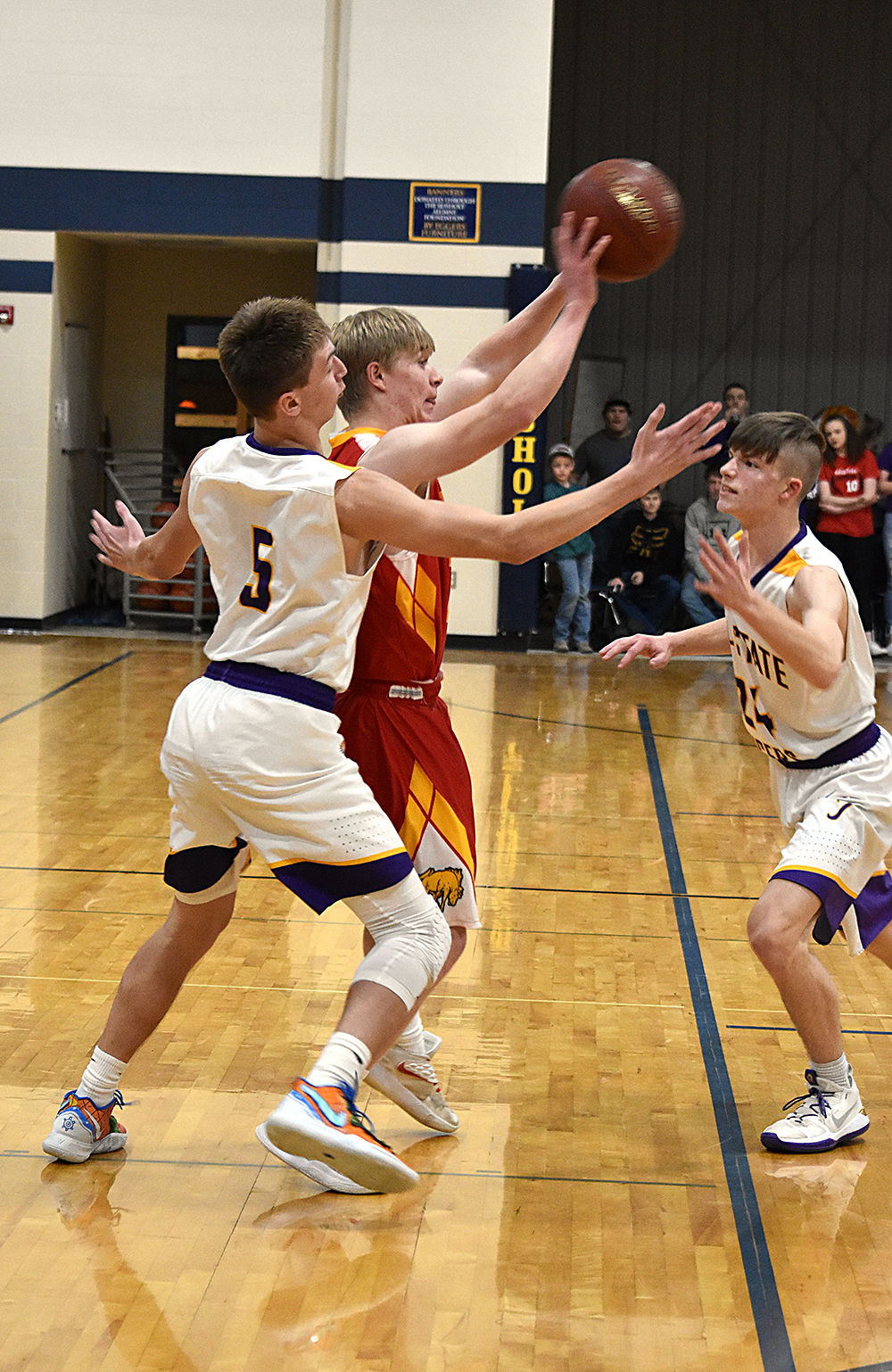 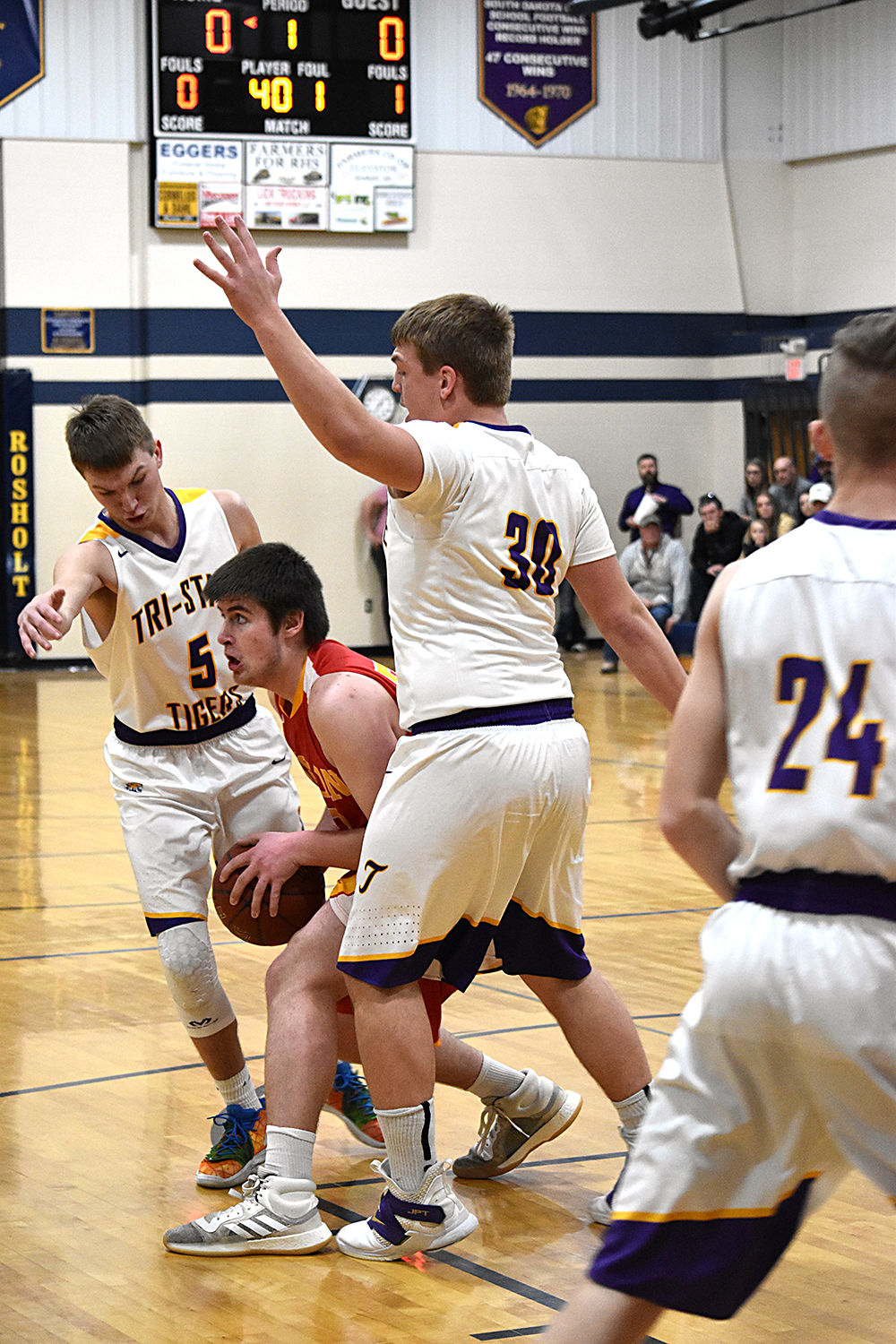 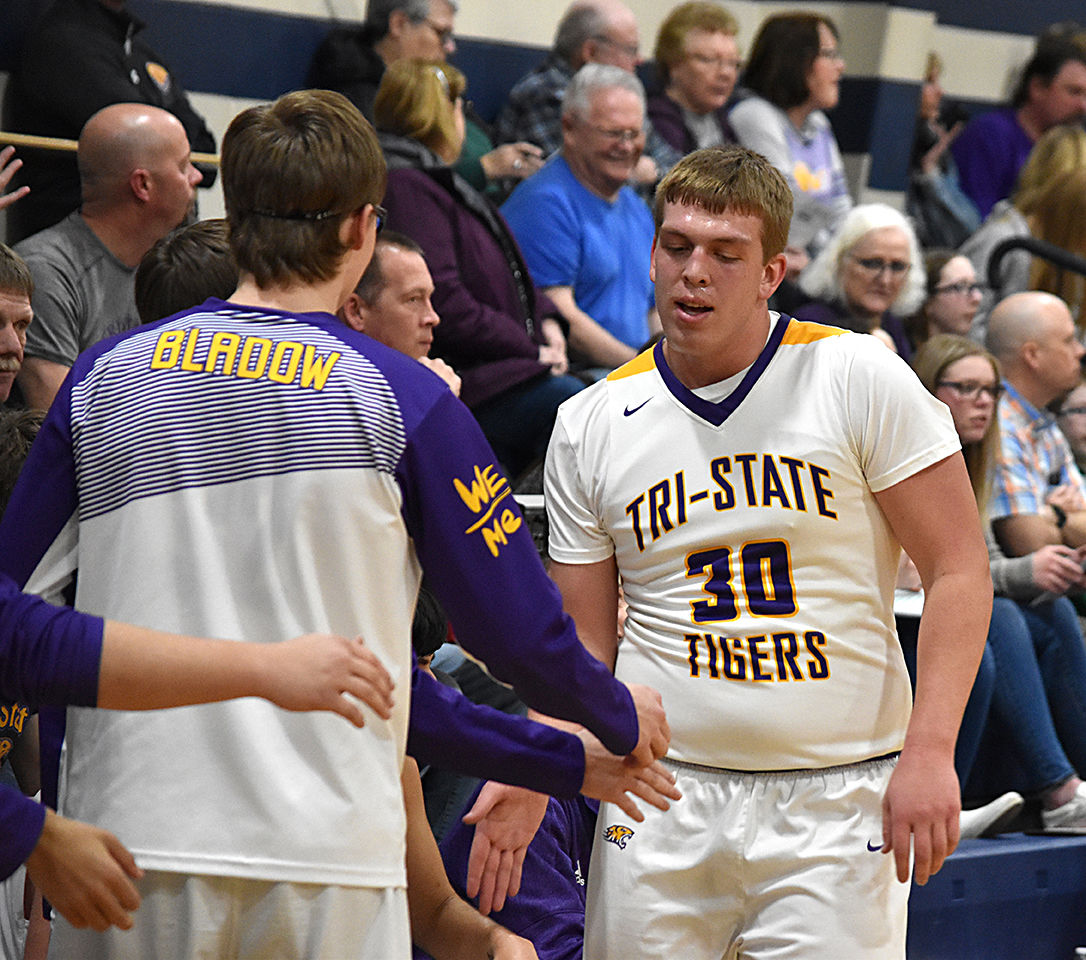 Tri-State senior guard Gavin Rydell runs down a loose ball Tuesday during the Tiger’s play-in game at home against Lisbon. Tri-State opened the second half with their running shoes on to beat the Broncos 64-48.

Tuesday was grudge No. 1 as Tri-State topped Lisbon 64-48 in both team’s Region 1 boys basketball play-in.

The Tigers haven’t forgotten the Broncos took them out of the regional contest two years ago by beating Tri-State 68-56 — at home even.

Monday’s Region 1 quarterfinal against Enderlin was grudge No. 2, said seniors Jared Tangen and Robert Mendoza. That’s right, they had chips on their shoulders. “What (Enderlin) did to us last year ... they sent us home early,” Tangen said of the Tiger’s 84-67 loss on the road last year.

They want a different outcome Monday. This game will be featured in the next News Monitor.

The Tuesday play-in game remained close for the first half. In fact, it was all Lisbon the first few minutes as the Tigers didn’t put any points on the board until after five minutes of play. Tri-State coach Adam Krueger said his Tigers were almost too methodical in taking care of the ball early on.

The Tigers apparently put their running shoes on in the second half. Their half-court trap forced numerous Lisbon turnovers, allowing the Tigers to capitalize on transitional baskets with runs of 27 points in the third and 14 in the fourth quarter to put the game away.

The game plan for Tri-State was to dictate the game’s tempo, Krueger said. “I knew they were going to want to slow us down. If we slow down, they’re a much better team,” he said. “They have size. They have strength. We play better when we are fast.”

The Tigers took care of grudge No. 2 Monday night by beating Enderlin. They face Richland at about 7:30 p.m. tonight at the Blikre Activities Center, North Dakota State College of Science, Wahpeton, in the Region 1 boys basketball semifinals. If they win, the Tigers head into Thursday's championship game.