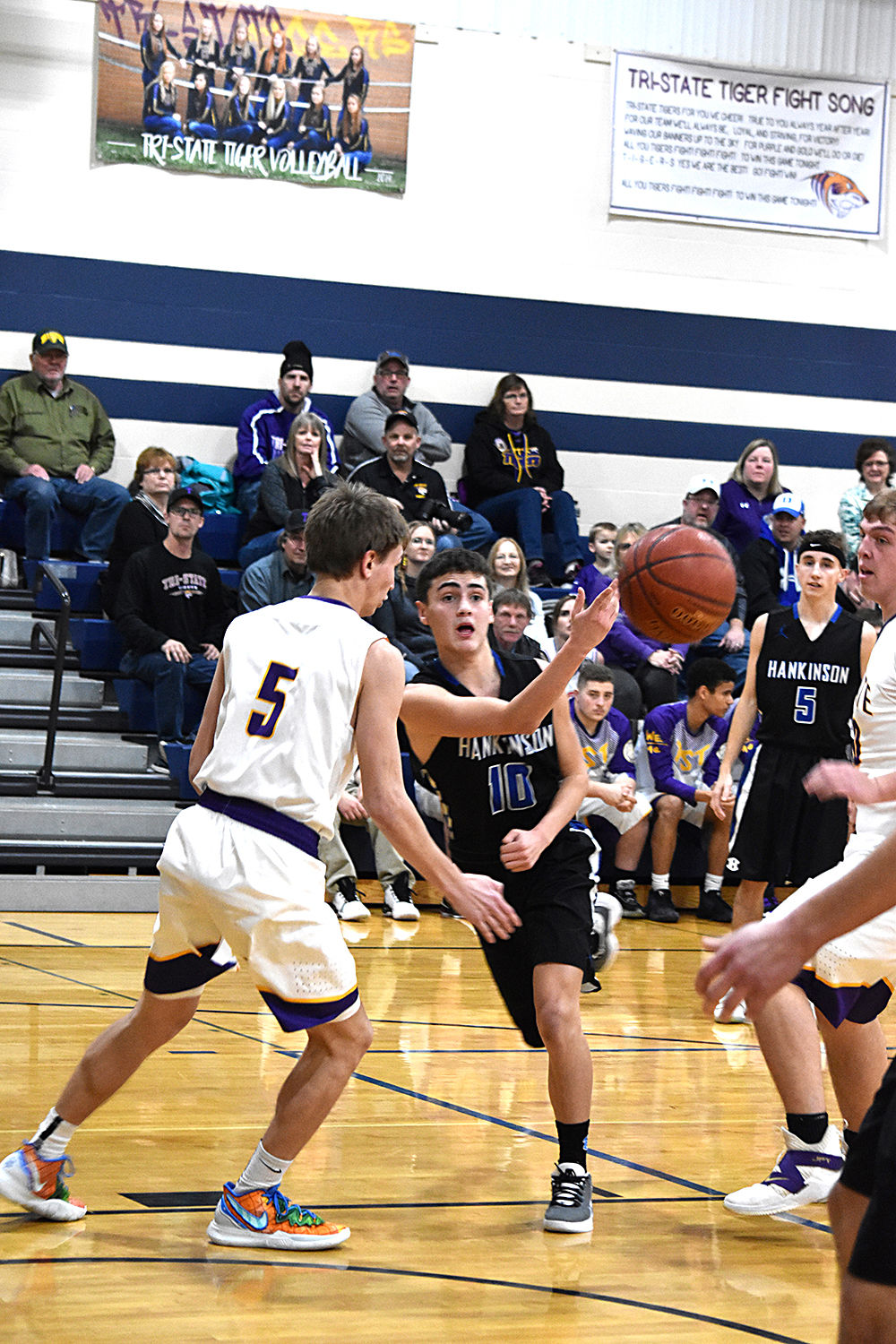 Hankinson’s Cruz Hernandez passes to a teammate after Tri-State’s Hayden Lick shuts down the lane. 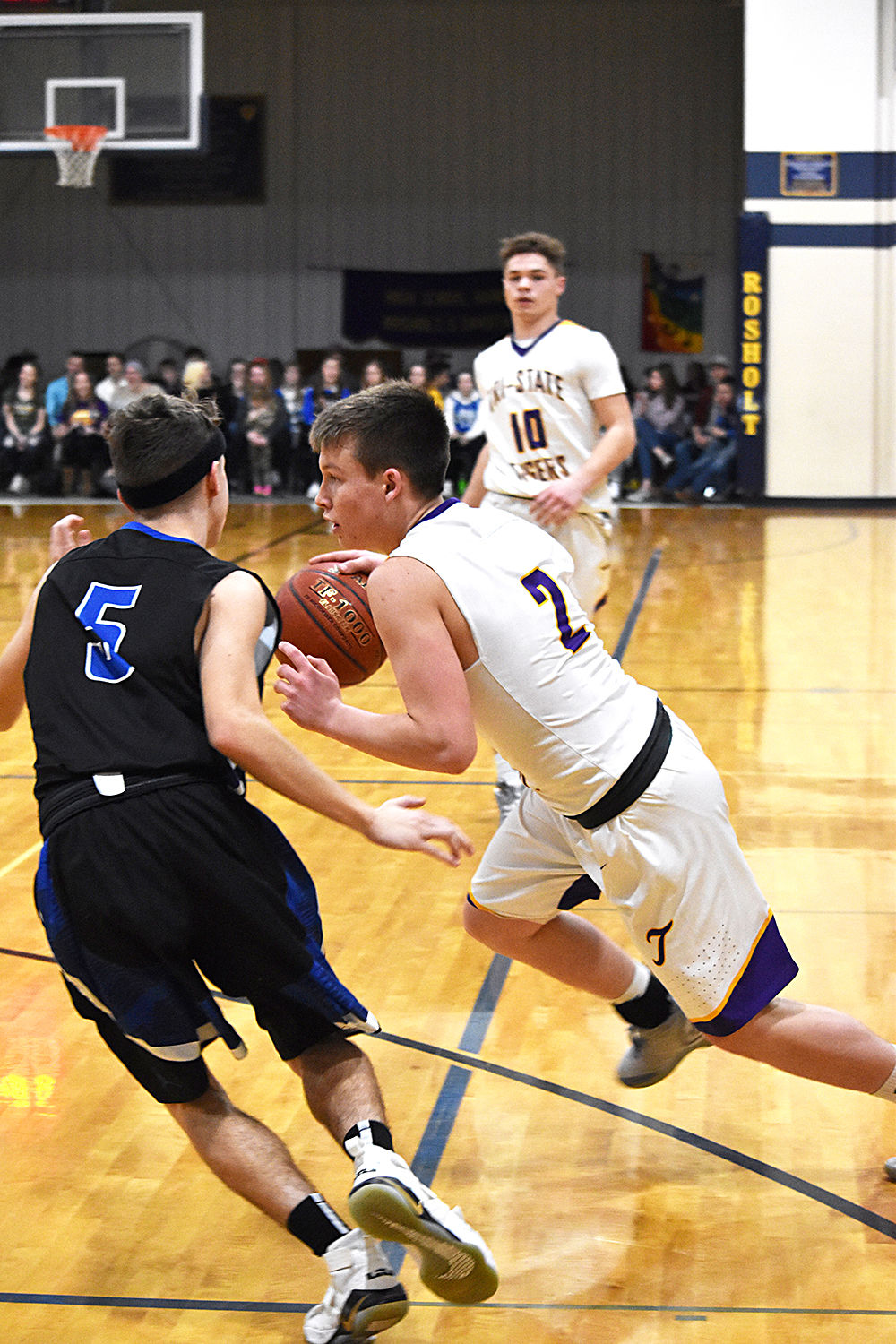 Hankinson’s Cruz Hernandez passes to a teammate after Tri-State’s Hayden Lick shuts down the lane.

• Tri-State coach Adam Krueger looked at assistant coach Casey Lipp as he watched his Tigers struggle in the first few minutes against Hankinson Monday. “This is an ugly two minutes. I don’t think anybody scored in the first two minutes,” he said.

• The Tigers were able to turn the game around in the second quarter with a 25-point scoring flurry. Tri-State started hitting senior post Jared Tangen, who Krueger calls his most unselfish player. If Tangen didn’t have an opening to the basket, he passed the ball.

• The Tigers continue putting distance between them and the Pirates. Tangen scored eight of his 20 points in the third.

• Hankinson tried mounting a charge midway through the fourth, but the Tigers kept their foot on the gas, causing Pirate turnovers.