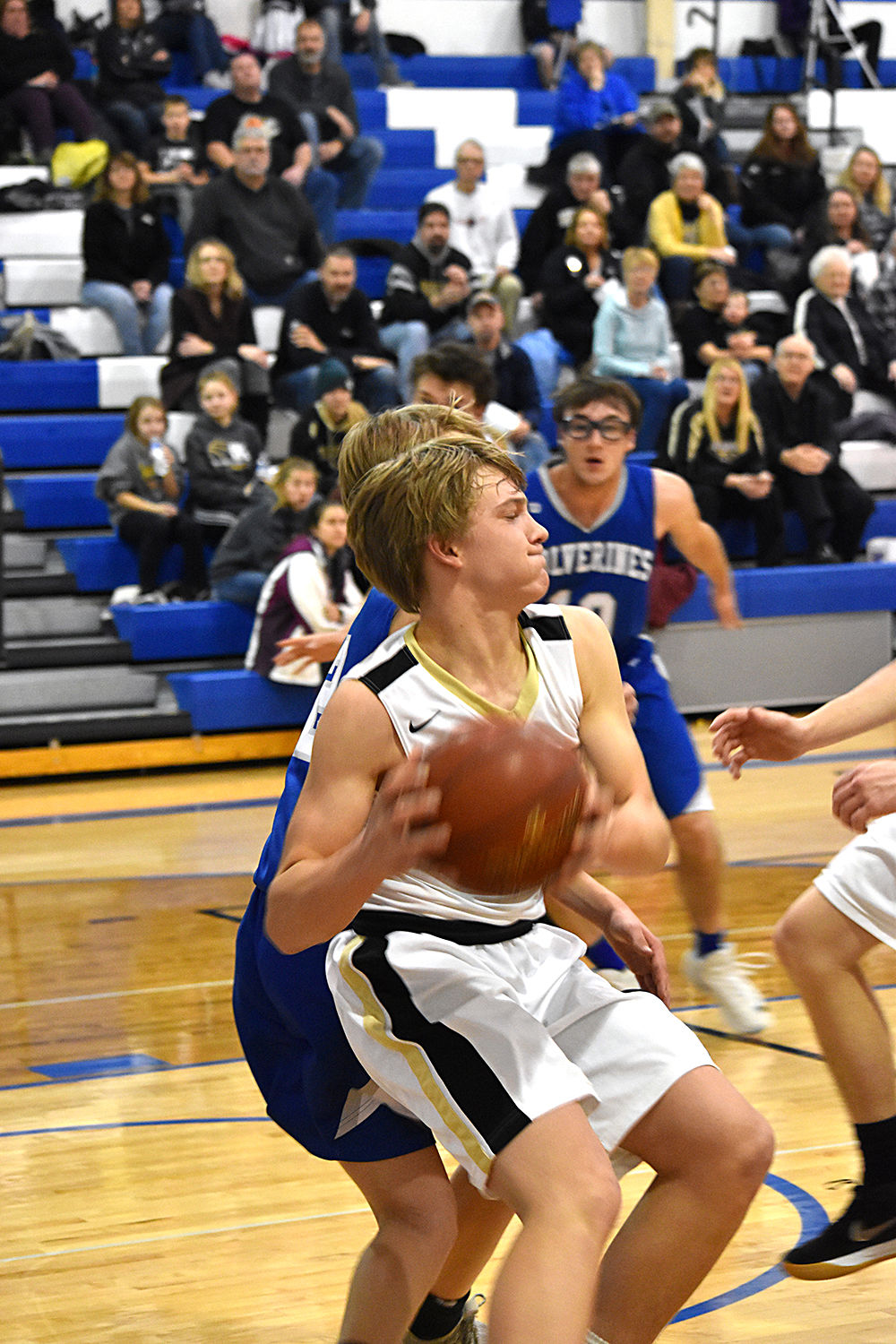 Wyndmere-Lidgerwood junior guard Preston Bohnenstingl pushes back against Clinton-Graceville-Beardsley Monday night during the North Dakota/Minnesota Shootout at Hankinson. Bohnenstingl took a last-second shot just ahead of the buzzer to boost the Warbirds into a 69-68 win. 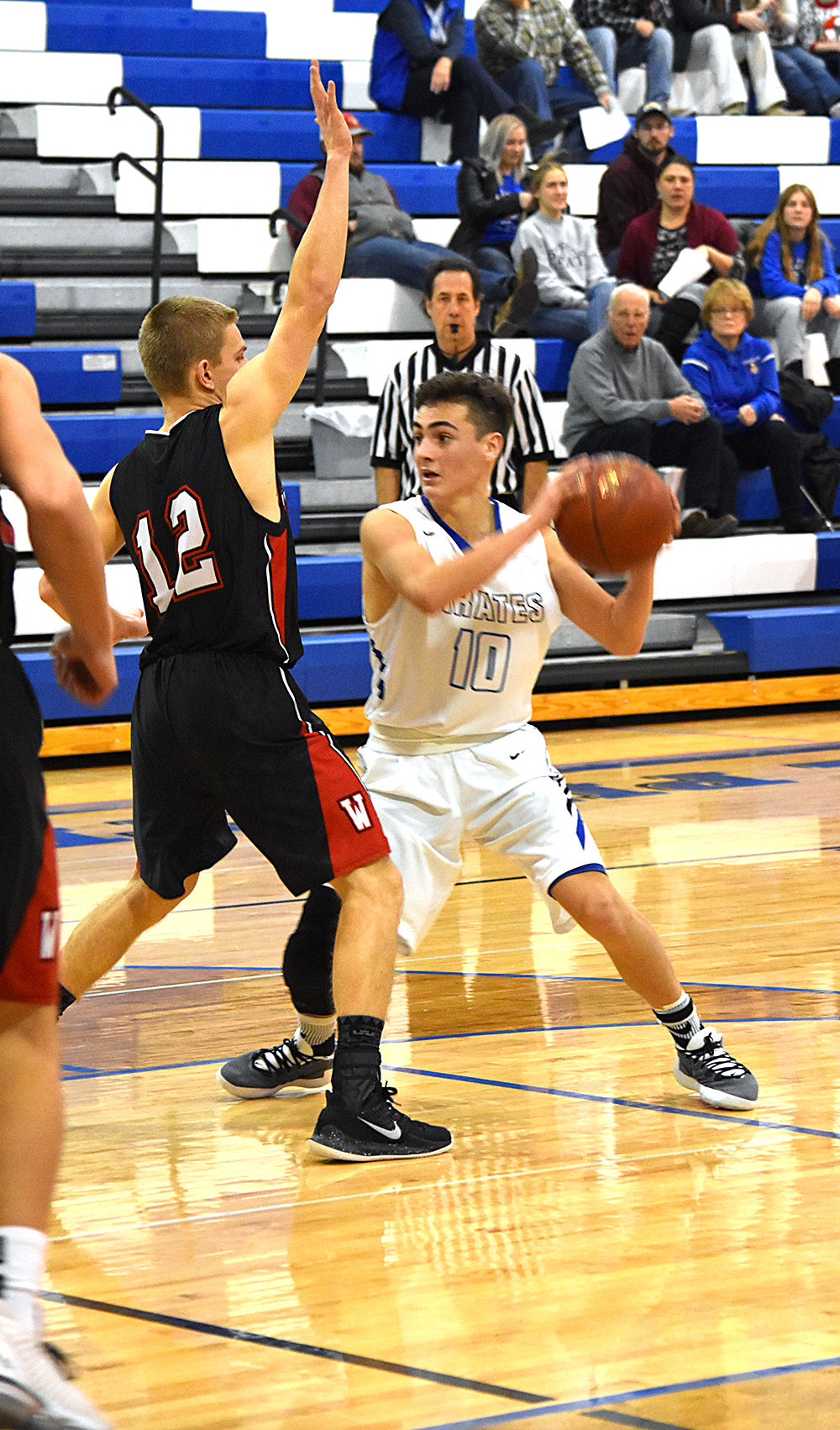 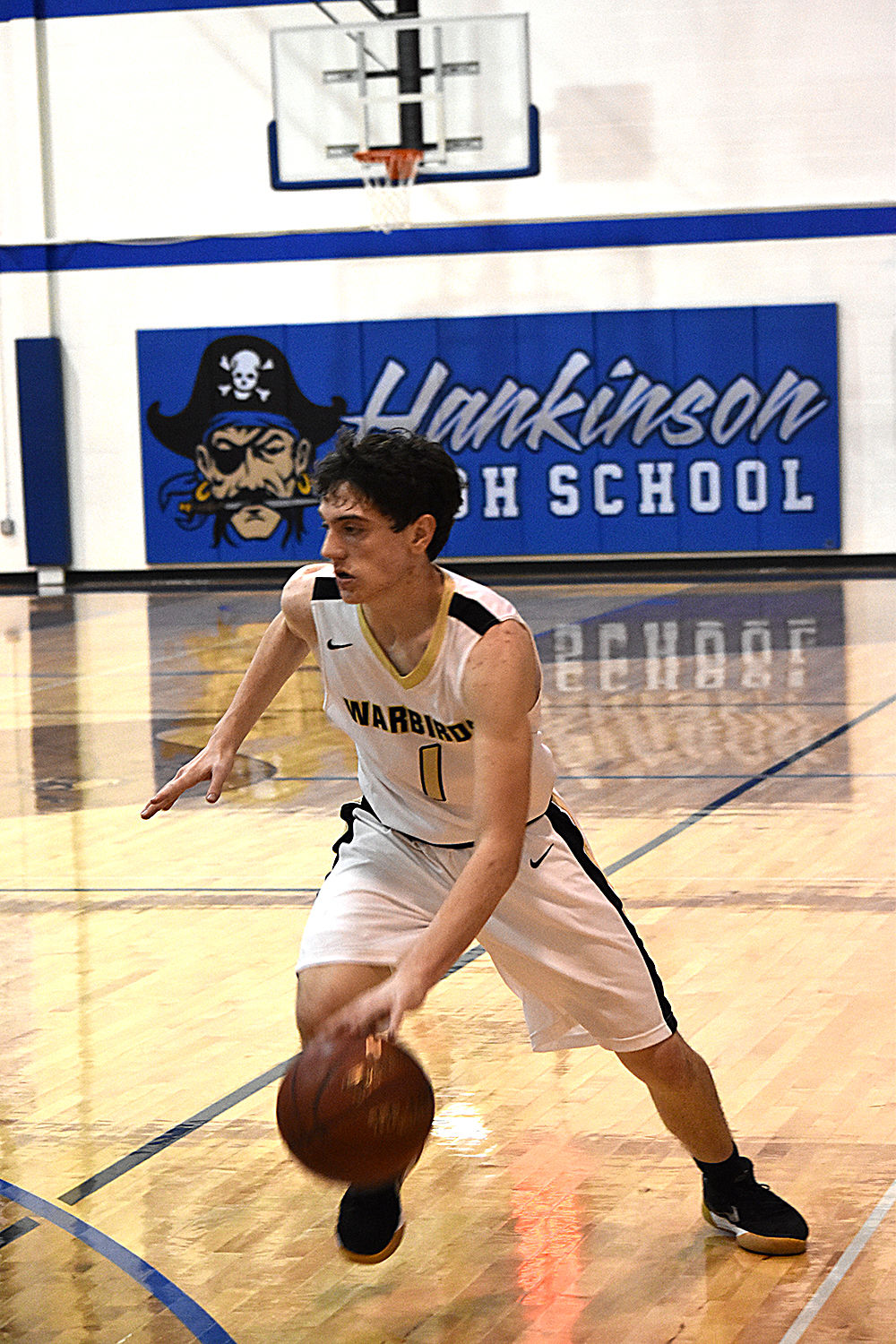 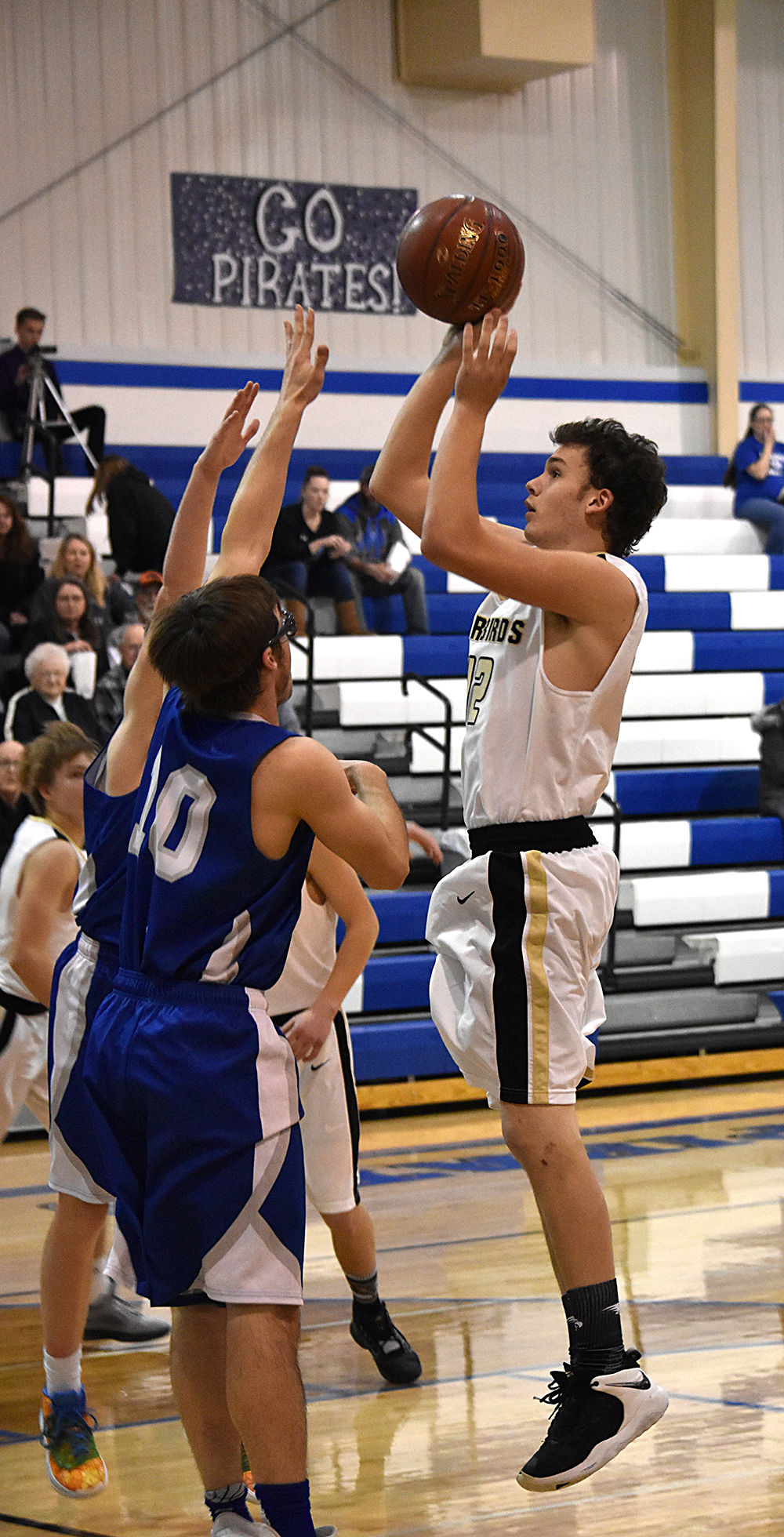 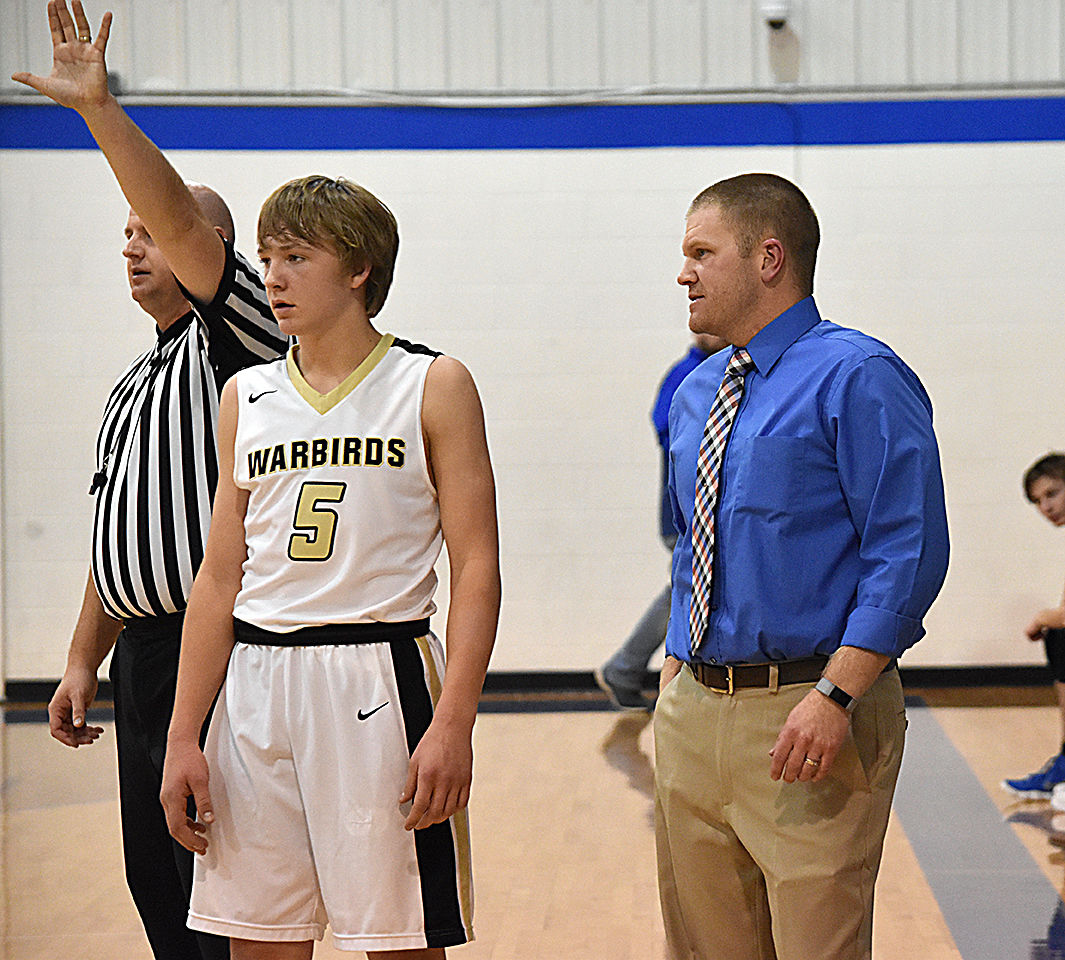 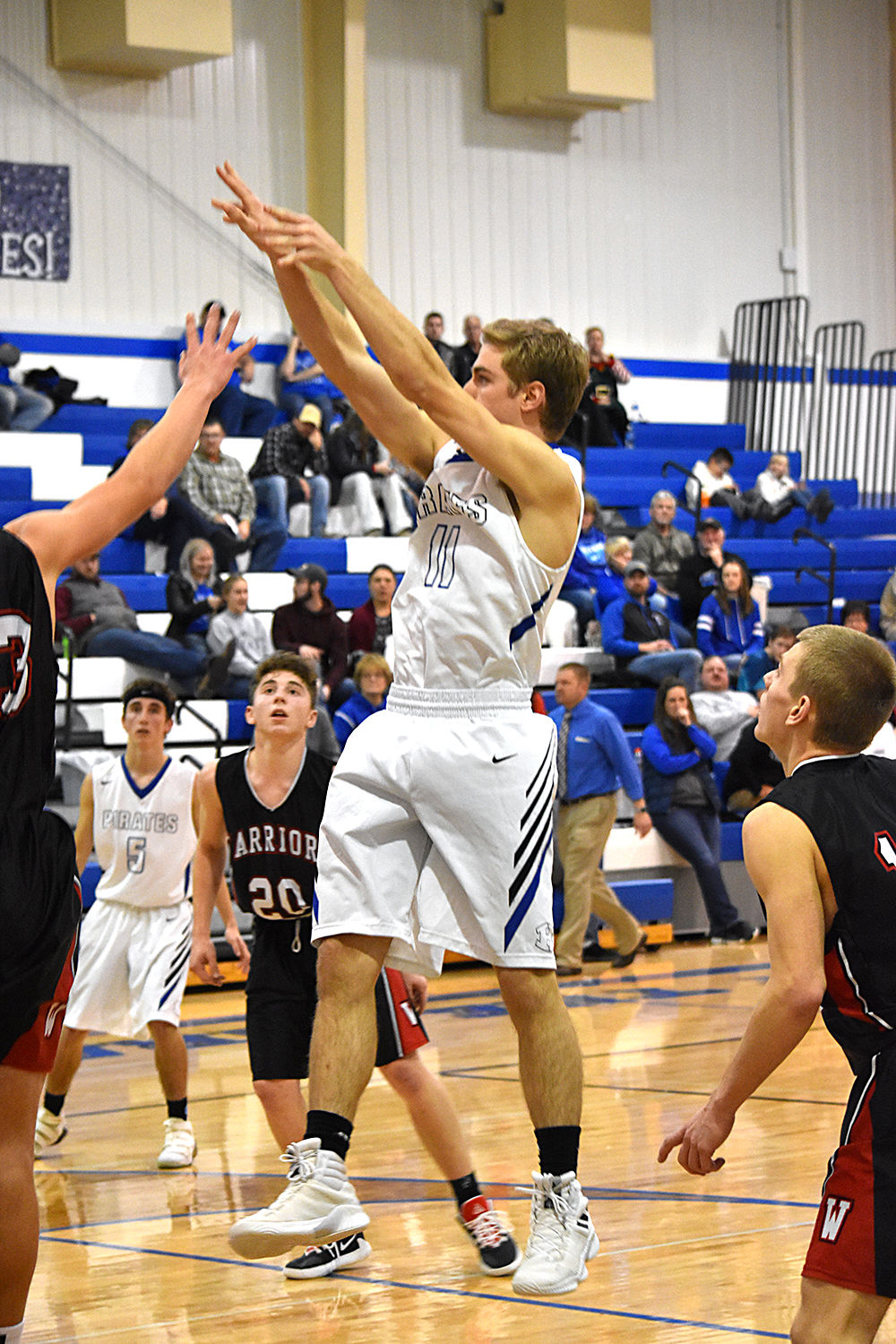 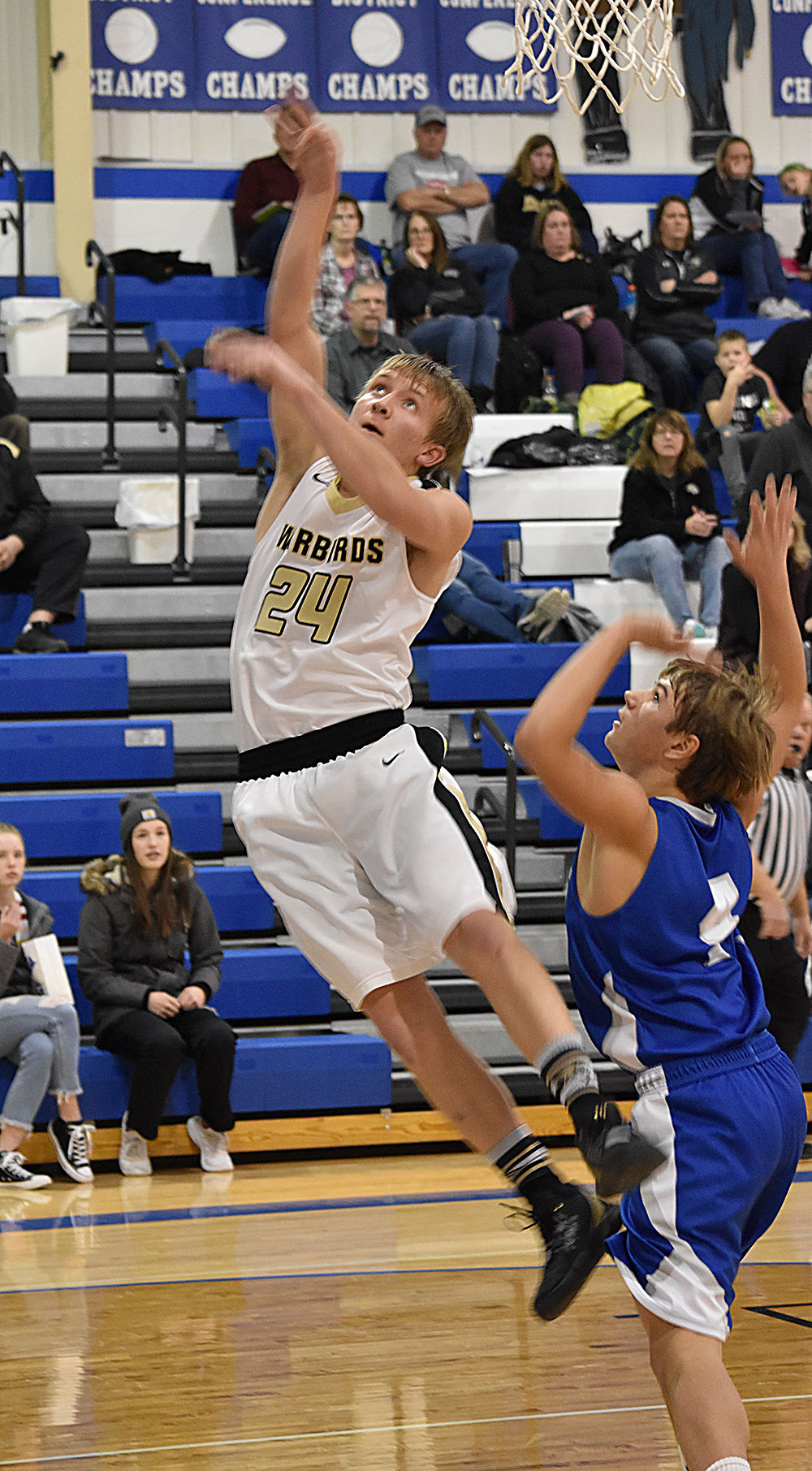 Wyndmere-Lidgerwood junior guard Preston Bohnenstingl pushes back against Clinton-Graceville-Beardsley Monday night during the North Dakota/Minnesota Shootout at Hankinson. Bohnenstingl took a last-second shot just ahead of the buzzer to boost the Warbirds into a 69-68 win.

How many seconds does it take to win a basketball game?

That is the time it took for Wyndmere-Lidgerwood to inbound a pass to junior forward Carson Buchholz, who tossed it over the shoulder of surging teammate Preston Bohnenstingl. One dribble later and Bohnenstingl scored the game winner on a layup, helping the Warbirds gain a 69-68 win over Clinton-Graceville-Beardsley during the two day North Dakota/Minnesota Shootout that was played at Hankinson Monday and Wednesday.

That play is one of W-L’s regular press breakers, said coach Todd Hosford. He was hoping to advance the ball quickly up the court to get a decent look at the basket. At the very least he wanted to get it half court and call a time out, Hosford said.

“How C-G-B had themselves lined up defensively, I knew we could get a decent shot off. I didn’t think it would be a lay-up,” Hosford said. “Carson’s pass to Preston was perfect. If (Bohnenstingl) would have had to break his stride, he would not have got the shot off on time.”

Bohnenstingl ended the night with 18 points for the Warbirds.

Hankinson coach Mike Gaukler said they didn’t know what to expect from the Warriors — certainly not 11 3-pointers as a team. They did know that senior guard Matthew Thielen would be a threat, who had seven 3-pointers against the Pirates.

“We knew Thielen was going to be tough. He’s made six or seven (3-pointers) in a previous game,” Gaukler said. “We need to do a better job of recognizing an opposing team’s studs.”

"The guys didn’t quit and played hard to the final horn, which is encouraging and all you can ask for when a game gets out of hand."