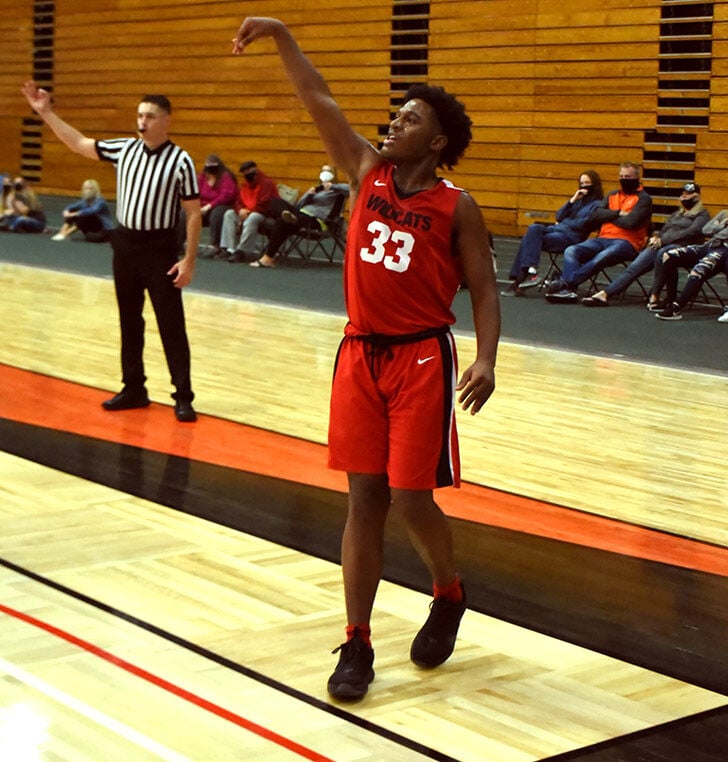 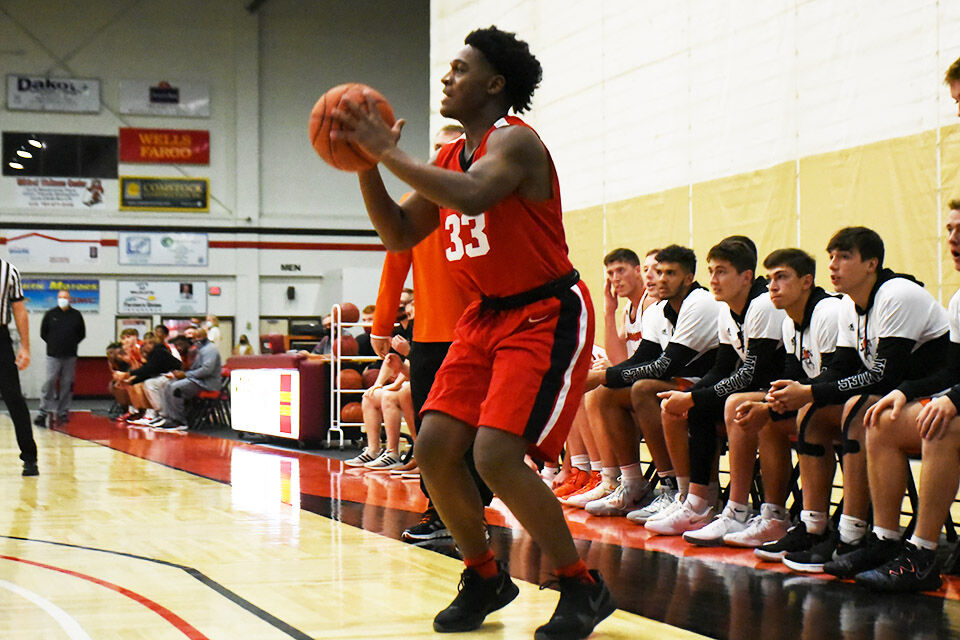 Malik Cooper is looking to forward to being a great addition to a NDSCS team who is willing to compete for a championship in the Minnesota Collegiate Athletic Conference during the 2020-21 season. 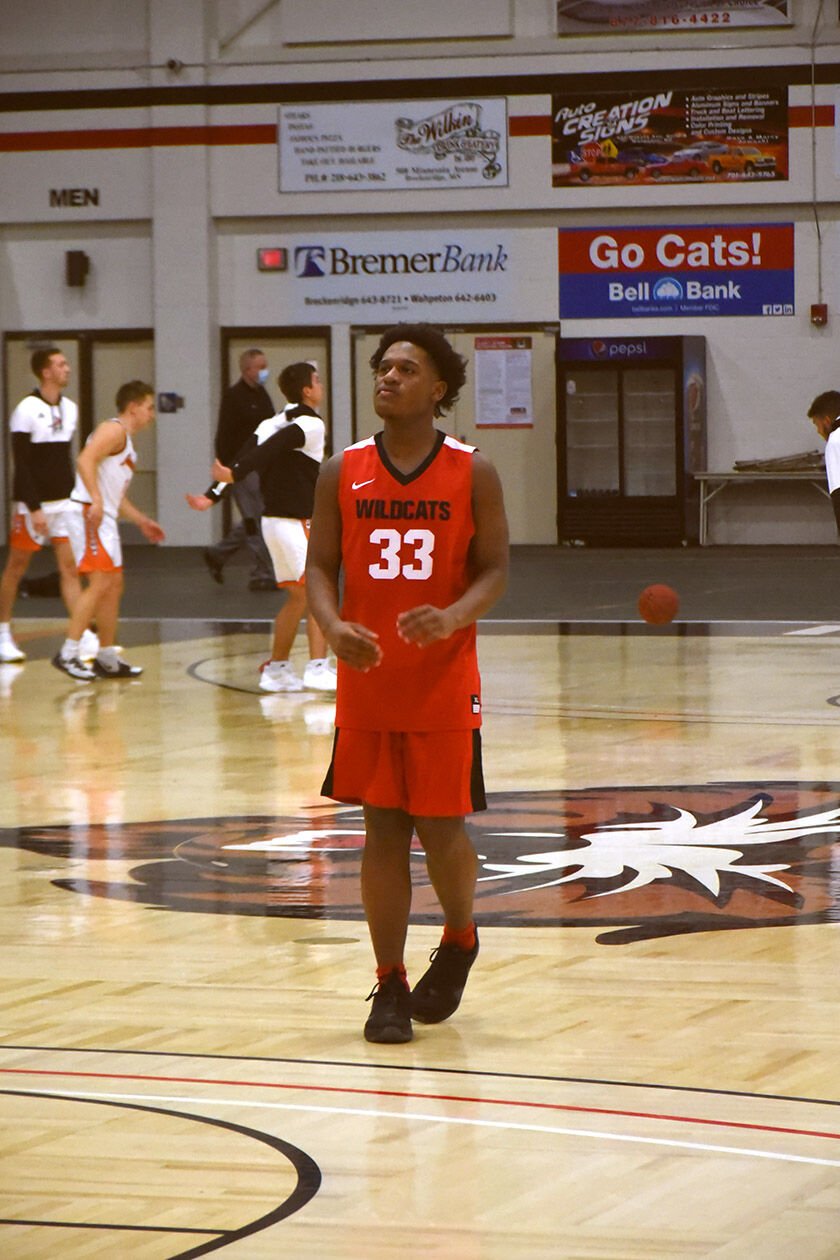 NDSCS freshman Malik Cooper mentioned how his dad was a big part of getting into basketball growing up. Cooper is from Miami, Florida, and is looking for a fresh start with his collegiate basketball career as a member of the Wildcats in the 2020-21 season.

Malik Cooper is looking to forward to being a great addition to a NDSCS team who is willing to compete for a championship in the Minnesota Collegiate Athletic Conference during the 2020-21 season.

NDSCS freshman Malik Cooper mentioned how his dad was a big part of getting into basketball growing up. Cooper is from Miami, Florida, and is looking for a fresh start with his collegiate basketball career as a member of the Wildcats in the 2020-21 season.

Incoming freshman basketball player at North Dakota State College of Science Malik Cooper is a new face to Wahpeton. He has been in town since this summer and is looking to make a big name for himself throughout the community. He was born and raised in Miami, Florida, and getting used to the climate in North Dakota hasn't been the easiest.

"In Miami, it's 82 degrees, up here it's 30, and it's real tough to wake up in 30 degrees," Cooper said. "I like it up here though, it definitely separates me from all of the baggage that I had from Miami."

While Cooper is getting settled into town, he still keeps up with his friends from Miami who they make sure everything is good, which it has been so far.

"They talk to me everyday," Cooper said.

Cooper has two brothers and two stepsisters. While growing up in Miami, he played outside a lot. He also mentioned how he had to do a lot of things on his own growing up with his parents working long hours.

"Growing up, you had to really workout on your own because your parents were at work," Cooper said.

Cooper's dad, Michael, was a basketball player growing up as well, so he made him a better person and he knew what to do while training Cooper.

"Outside of school, life can be kinda tough down there (Florida) if you have nothing going on down there because it's tough," Cooper said.

His dad made him dribble a basketball everyday since he was 5 years old.

"I was at his practice everyday, and I was at practice 24-7 everyday, and he made sure that I loved it," Cooper said. "He showed me the game, and he taught me how to play it."

Cooper's favorite player growing up was Ray Allen. He loved Allen, especially when he joined the Miami Heat for two seasons from 2012-14. He tries to model his game around Allen.

"He shoots the ball really good. He's always into the game, he is never out of it," Cooper said.

The game of basketball is a big reason why he came to Wahpeton. He also wanted to leave home and look for a fresh start, he said.

"I wanted to leave for a better place and quiet place away from home, and I love basketball. too, and the teachers are great up here," Cooper said.

One thing that he has gotten used to is the cold. He loves when it snows in Wahpeton.

Even with all of the great things that Cooper found at NDSCS off the court, he has been getting his game adjusted on the court.

"The coaches are great, they make sure I stay on top of everything, weight rooms, taking care of my body. The coaches always make sure we are getting shots up in the gym everyday and that's what I love doing," Cooper said.

Playing for NDSCS is a great opportunity to get shots at other schools down the road, but it can open up other doors in basketball, as well.

"It can give me very good looks ... and I'm going to get better looks than high school," he explained.

Since Cooper has been in Wahpeton, he has really shaped up his game and pretty much had to relearn everything and pick up his game. The pandemic has caused all Minnesota College Athletic Conference games to be delayed until 2021.

NDSCS head coach Stu Engen and the rest of the coaching staff have been a big part of the transition for Cooper and other new players who are learning a lot during the fall semester without basketball.

"I had to come up here and really relearn everything because COVID-19 messed up the visits and everything," Cooper said referencing potentially visiting the school in March when he committed to NDSCS. He mentioned how great the coaches were with helping him get adjusted to everything up here. Like Cooper's friends back home in Florida, his teammates have been a big part of his adjustment here.

On the court, he has been pushed by many of his teammates at practice, including Khari Broadway and JaQuan Sanders-Smith. Both guards have been a big help for Cooper since he arrived at NDSCS. With both of them being returning guards, Cooper can apply himself to play the game at a high level and get adjusted to playing at the college level.

NDSCS opens up the regular season on Friday, Jan. 22 against Lake Regional State College at NDSCS. Expect Cooper to be a big part of the rotation for this upcoming season as the team will have a deep roster this year.