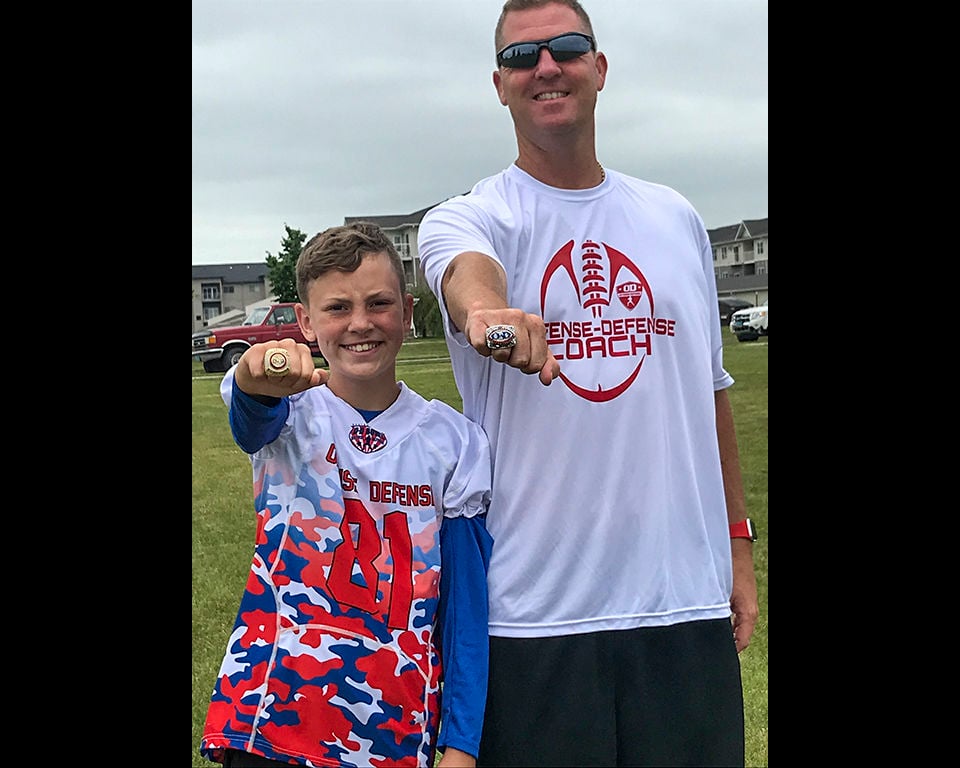 CJ Smith and Freddie Smith, West Fargo, show off their rings showing they participated in the Offense-Defense All-American All-Star Game in Texas. 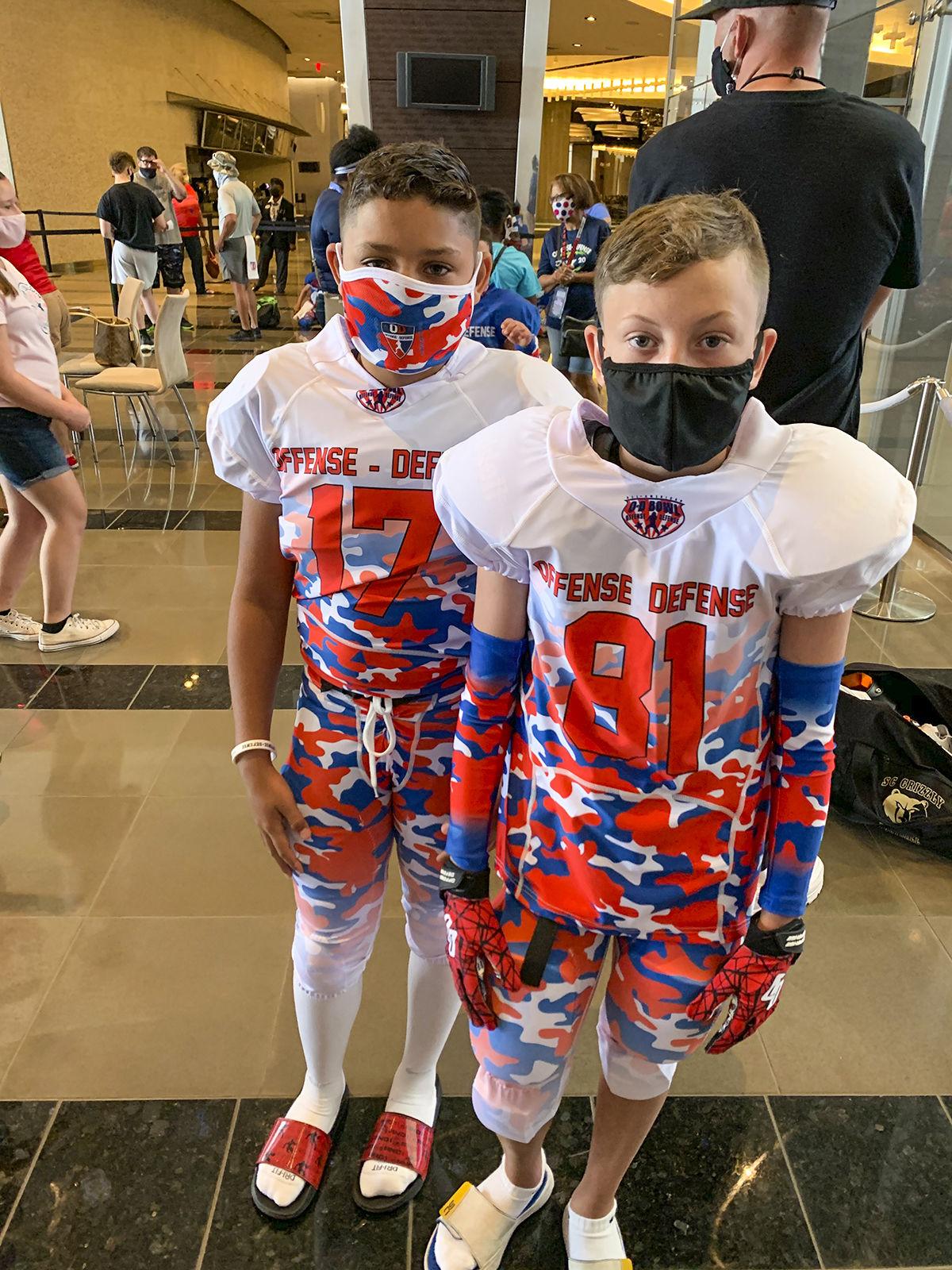 CJ Smith, right, and his quarterback, 'Bubba' in the concourse at AT&T Stadium awaiting their game.

CJ Smith and Freddie Smith, West Fargo, show off their rings showing they participated in the Offense-Defense All-American All-Star Game in Texas.

CJ Smith, right, and his quarterback, 'Bubba' in the concourse at AT&T Stadium awaiting their game.

North Dakota State College of Science football’s passing game coordinator and wide receiver coach Freddie Smith had the opportunity of a lifetime recently when he was asked to coach the high school Offense-Defense All-American All-Star game at AT&T Stadium, home of the Dallas Cowboys.

Not only did he get to coach some of the nation’s top high school athletes, but his son, CJ, played in a game there as well.

“It was more fun to watch my son than to coach my own game,” Smith said this week when we caught up with him. He said it was a great way for the family to spend time together just after Father’s Day.

Smith, a former NFL player with the San Francisco 49ers, said it was exciting to coach in the nation’s largest NFL stadium as well as watch his son take the field.

“I was more nervous to watch my son play than to coach my own game,” he said.

With 20 years of coaching under his belt, he said it was a honor to be able to work with top athletes who are so advanced.

“It was a lot easier to get in there and start coaching, they already know the terminology and they’re already really good at it, unlike when you coach your other teams at high school or college, where you have a couple that are your starters and people that are behind you’re starting to get them to speed up and play for you,” he said. “There, it’s just the best talent. They’re all ready to go.”

As part of the experience, there was a media day for the young athletes, where they were asked questions including their favorite teams and players.

CJ likes the San Diego Chargers, as his dad is from there, and the 49ers. His favorite player is Hall of Famer Jerry Rice, who was a teammate of Smith’s.

The unique opportunity to coach at this game was even more so, as it’s during the coronavirus pandemic.

The entire Smith family – including wife Heather and their sons CJ, Quincy and Karsen – traveled to Texas on a direct flight from Minneapolis, where everyone was required to wear face masks and seating was spaced out. At the stadium, safety precautions were also taken to help slow the spread of the coronavirus.

The coaches wore masks at the stadium and the players had face shields fitted to their helmets. Teams were only allowed into the stadium their game was about to start.

“There wasn’t a big crowd, that was interesting and different. When you come out of the tunnel to play your game, there is only parents and media, that’s it,” he said.

The strangeness of being in a huge stadium with a tiny crowd wasn’t lost on him – it’s a strange time for all of us.

Smith said he felt safe while there, but also feels that everyone in the U.S. may be exposed to the virus eventually, it’s just a matter of time.

“I don’t think you can hide from it. you’ve got to go to work,” he said. “My wife and I talked about it (before the trip), we were a little nervous, asking ‘what do we do?’ We can’t sit at home forever. She has to go to work everyday, our kids can’t just sit there. So we accepted it and went.”

Smith said he’s thankful they chose him to coach, as not everyone gets that opportunity.

Last week, NDSCS announced their 2020 football season was canceled because the conference they play in, the Minnesota College Athletic Conference (MCAC) announced it was limiting its fall sports to those that have been identified as low-risk as it relates to COVID-19. Smith said he couldn’t comment on the cancellation.