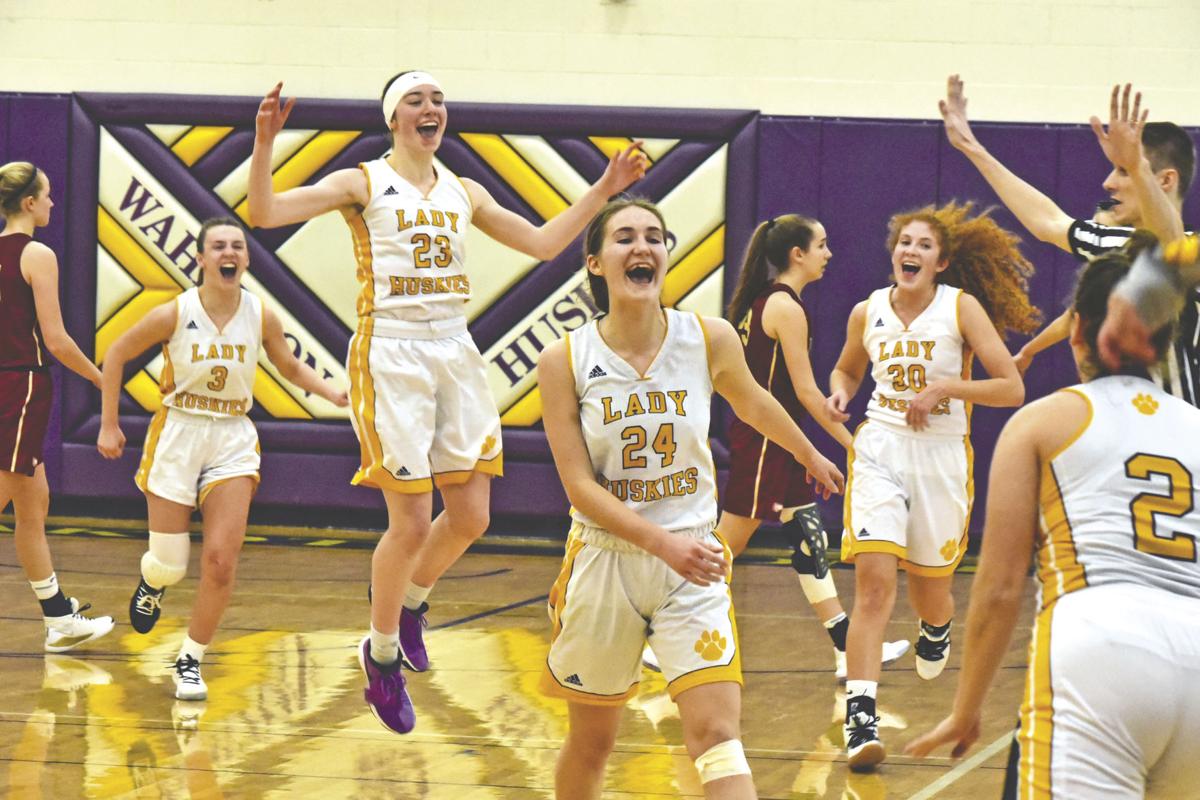 The Wahpeton Lady Huskies lose their minds on their home floor after upsetting Fargo Davies. 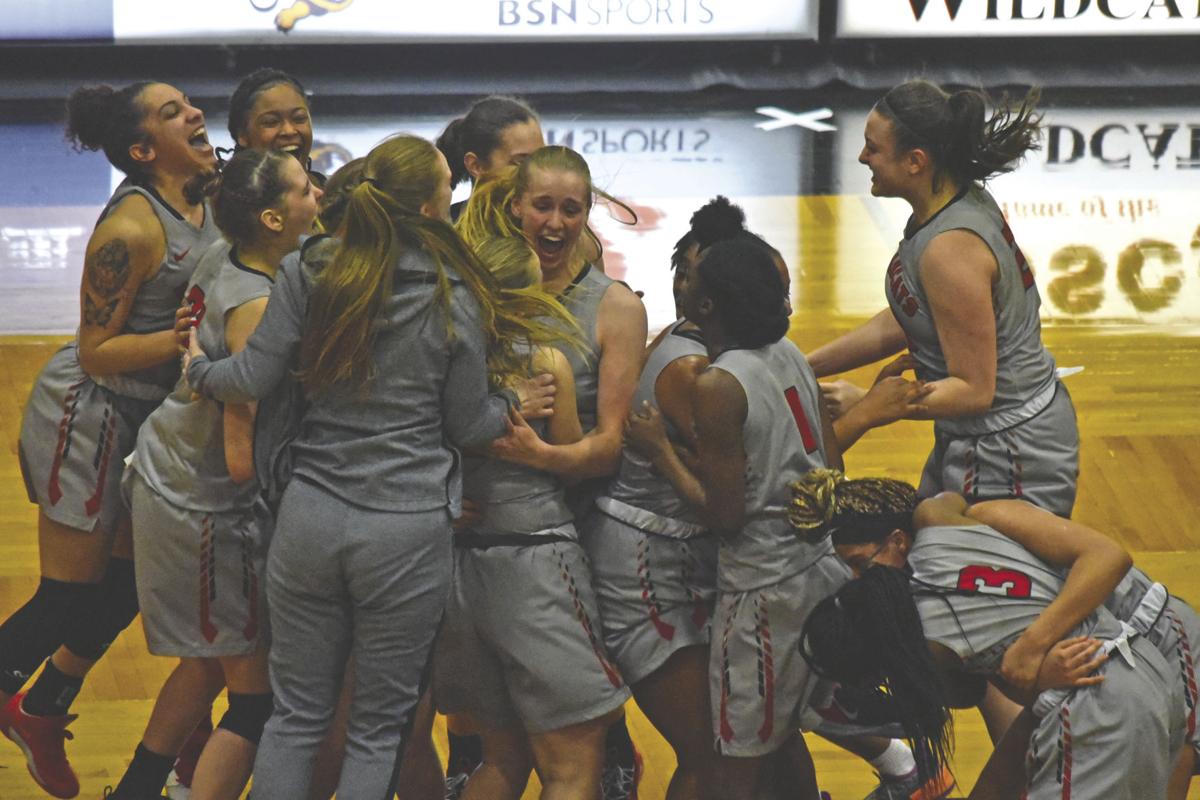 The Wildcat women celebrate after punching their ticket to the NJCAA National Tournament. 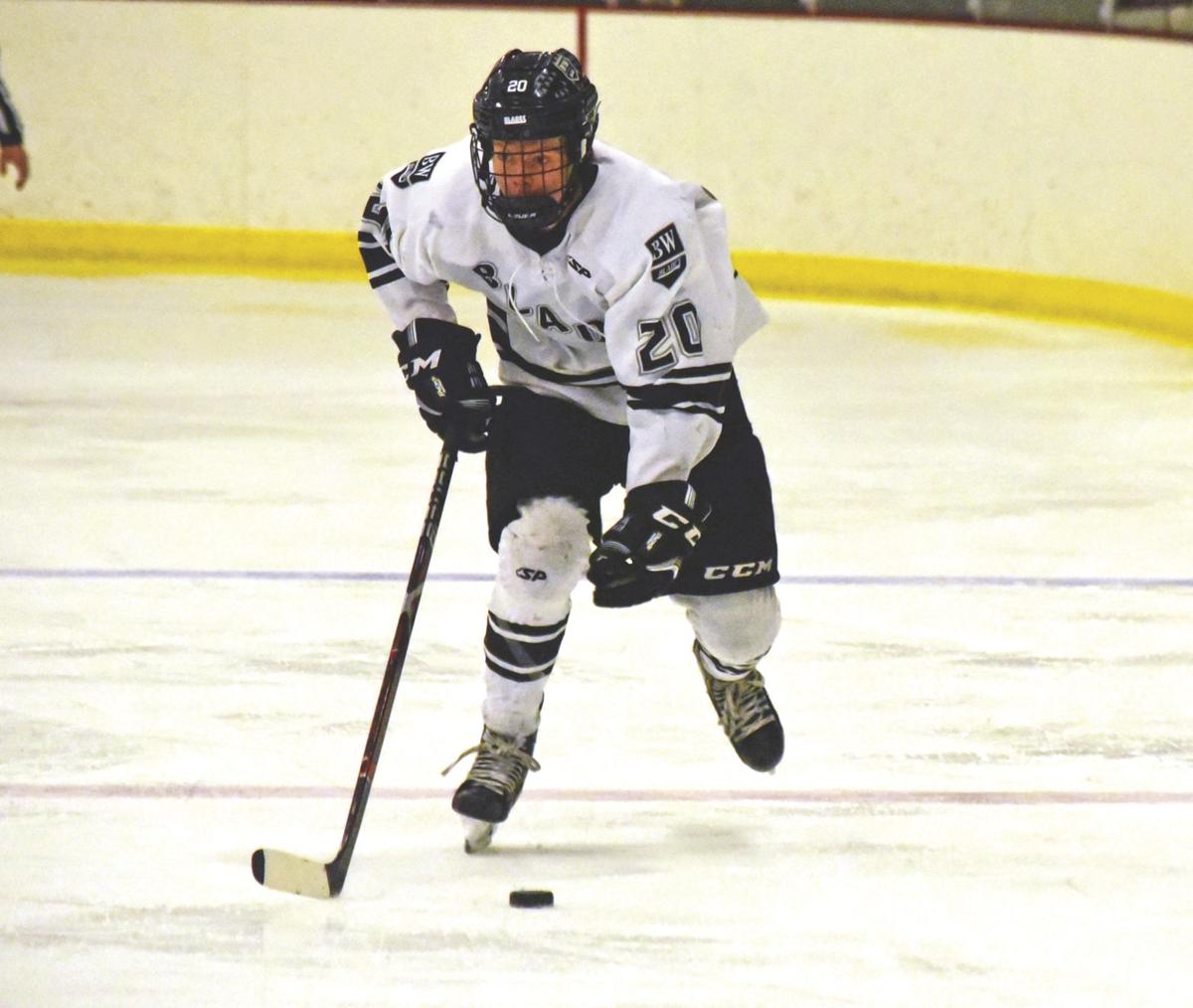 Jase Jensen and the rest of the Breckenridge-Wahpeton Blades secured their first home playoff game in BW's history this year. Jensen's 200th career point was also considered for one of the top 10 moments. 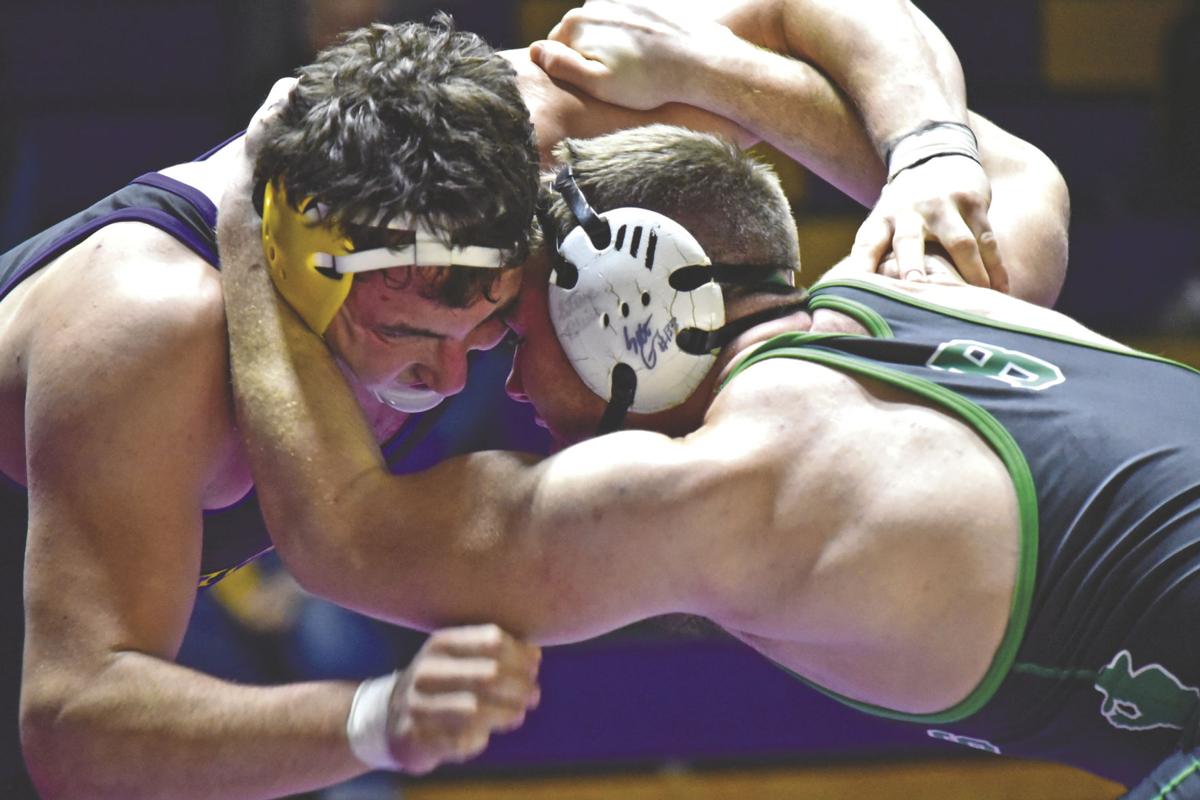 Twin Town wrestling fans packed the stands to watch Josh Krump and Daniel Erlandson duke it out in their 220-pound match. Krump secured a 3-2 win in overtime.

The Wahpeton Lady Huskies lose their minds on their home floor after upsetting Fargo Davies.

The Wildcat women celebrate after punching their ticket to the NJCAA National Tournament.

Jase Jensen and the rest of the Breckenridge-Wahpeton Blades secured their first home playoff game in BW's history this year. Jensen's 200th career point was also considered for one of the top 10 moments.

Twin Town wrestling fans packed the stands to watch Josh Krump and Daniel Erlandson duke it out in their 220-pound match. Krump secured a 3-2 win in overtime.

With all but one of the teams finished up with their season (that is if the Lady Wildcats will get to participate in the NJCAA Tournament), it’s time to look back on another wild season of winter sports. Whether it was a team or individual accomplishment, the Breck-Wahp community has once again been treated to a plethora of memorable moments this season. These are ranked in the order they occurred.

Kicking off this list might be the biggest upset I’ve seen in my life. Wahpeton was still seeking their first win of the season after a 0-5 to start the year. The Huskies were dialed in on the defensive end, giving the Eagles fits trying to finish at the rim. Wahpeton buried the shots they needed to, with a bulk of them coming from the free-throw line, and received multiple contributions as they sent one of the top-ranked teams in the state home with their first loss. The EDC Play-in Game was the more important win for WHS, but this 67-54 victory is something I’ll never forget. Jordyn Kahler’s 1,000th point was also considered for this list as the senior finished her career as the second all-time leading scorer for Wahpeton.

Krump and Erlandson square offThe biggest match of the season for Josh Krump was in a Border Battle dual against Breckenridge. Daniel Erlandson, the other best wrestler in the Twin Towns, took on Krump in the 220-pound division. It was a battle of two evenly-matched foes, with Krump winning in overtime on an escape by a score of 3-2. The pair were each ranked in the top three in their respective states. Also considered for this spot was the more important moment of the year for WHS wrestling, which was Hunter Owens and Tanner Thiel placing at the state tournament.

Cowgirls end losing streak against HuskiesThe last time Breckenridge came out on top in the Border Battle against Wahpeton, I was a senior at at BHS in 2012. It was actually the first of many interview I would do with Wahpeton Head Coach Brian Watson. The Cowgirls neutralized Kahler and Grace Conzemius led Breck’s the charge with 15 points and 10 rebounds to pick up the 49-38 win. Despite foul trouble, Jude Held also hit double figures in the victory. Conzemius setting the single-season rebound record, which stood for more than 40 years, was also considered for this spot.

Huskies topple Cowboys for second year in a rowThe lone non-conference game of the season for Wahpeton saw the Huskies take care of the Cowboys at Ed Werre Arena. Playing in his first varsity Border Battle, Tyler Tollefson stepped up with 18 points. Kobe Thimjon was the player of the game for the Huskies, sparking his squad off the bench with multiple big plays in Blake Matejcek’s absence. A big run set the tone for the game as Wahp put the clamps on Breck all night in the 62-48 win.

After finishing the regular season with a record of 14-10, the Breckenridge-Wahpeton Blades earned their first ever home playoff game. Even though the result wasn’t what they wanted in a 3-2 loss, the massive turnout of fans weren’t disappointed in the Blades’ showing. Jase Jensen’s ridiculous showing with six goals and two assists in one game (while also notching his 200th career point) was also considered. Isaac Wohlers wearing his late brother Tyler’s number on Senior Night was another unforgettable moment for the Blades.

Gach breaks his brother’s 3-point recordDuoth Gach became North Dakota State College of Science’s all-time leader in triples on Monday, Feb. 17. The sophomore knocked down eight 3-pointers (which wasn’t even his career high) on his way to 32 points in a Wildcat win. The record of 178 was held by his older brother, Gach Gach. It was the second time Duoth was recognized for breaking the record due to the fact everyone thought Julian Walters was the actual record holder.

Erlandson and Ruddy win sectionA dominant season by Breckenridge’s pair of standout wrestlers saw each of the Cowboys reach the top of the podium at their section meet. The first-place finish for the pair sent them to the state tournament. It was Ruddy’s first time qualifying for state. Erlandson went on to finish fourth at the state tournament in his second trip in his career. Erlandson breaking his older brother Stephen’s single-season pin record at the state meet was also considered.

Gymnasts get back to state meetInjuries hampered the Breckenridge-Wahpeton gymnastics team throughout the year, but they had enough members to notch a spot at the state meet in Dickinson. Along with the team qualifying, three gymnasts took part in the individual state competition as well.

After being held out of the national tournament last season, North Dakota State College of Science got to compete for a trip to the dance on their home floor. The Wildcats shook off a slow first quarter and took care of Malcolm X College in a rout the rest of the way, winning 79-36. It is still unclear if they’ll be competing in the national tournament, which as of now has been postponed to Monday, April 20. The Wildcats winning Region 13 was also considered.

The Breckenridge-Wahpeton Blades turned in their highest finish in team history at the state meet with a third-place showing. The Blades sandwiched their lone loss of the tournament with a pair of wins. Raegan Wohlers was selected to the 19U All-State for the cherry on top of a successful hockey season.