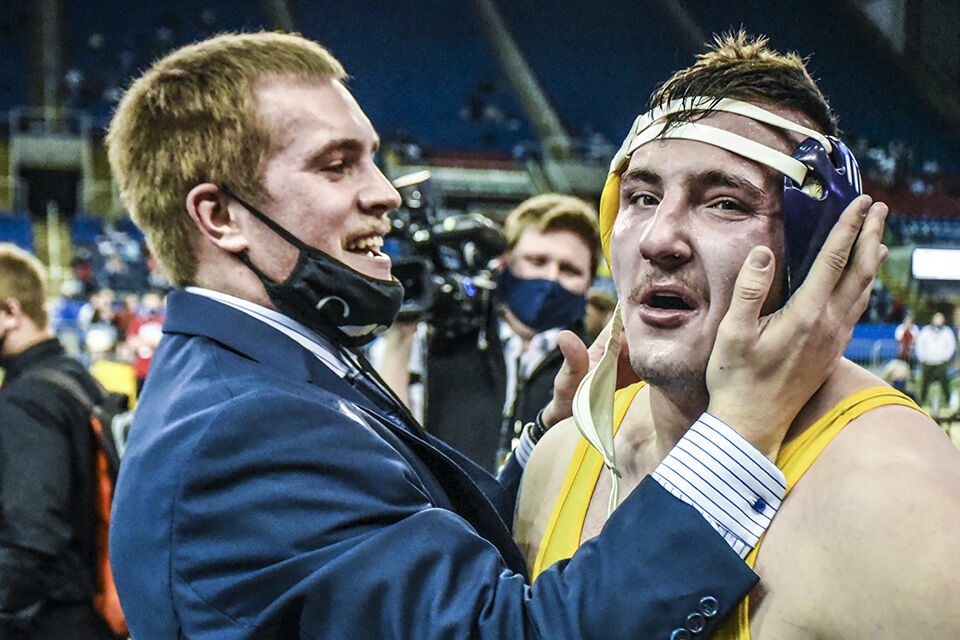 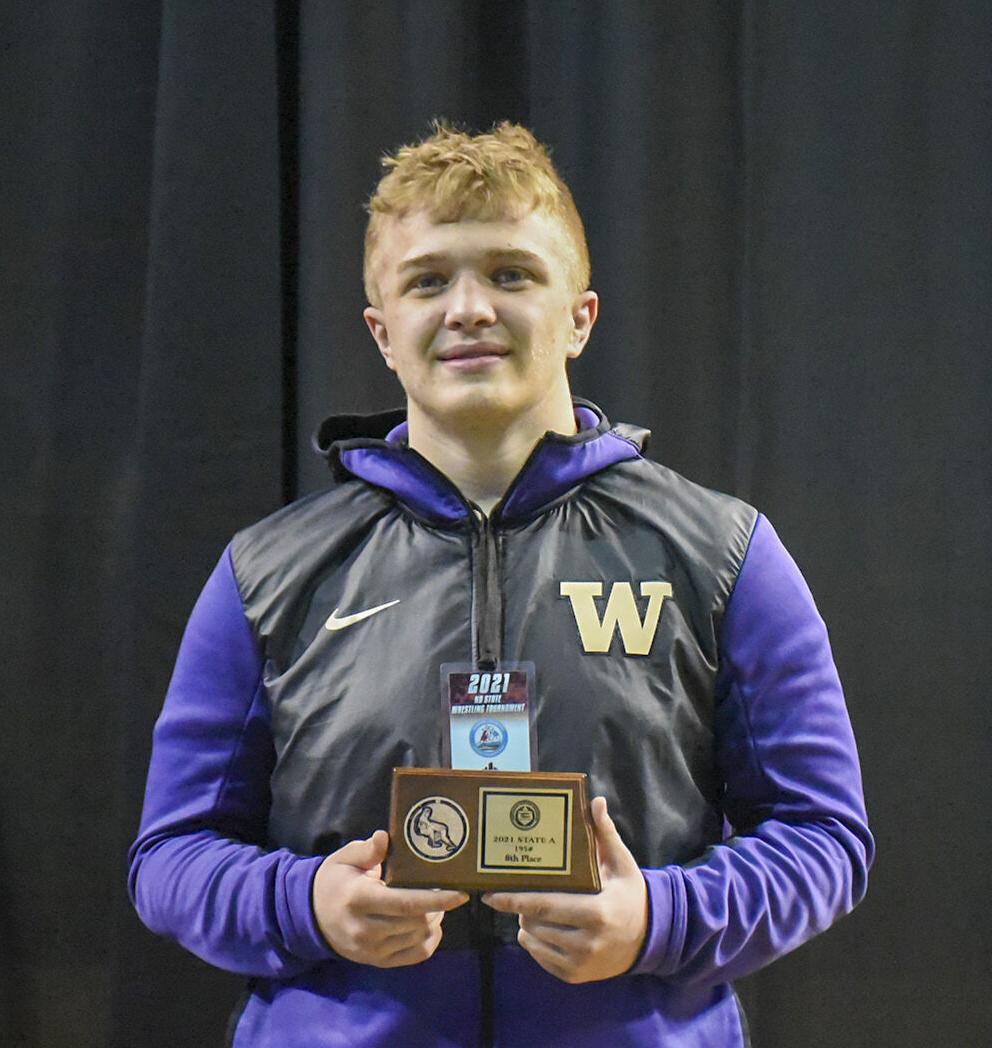 Wahpeton wrestler Jackson Burchill placed eighth at the North Dakota state tournament. Burchill was the second wrestler who placed for the Huskies this season.

Wahpeton wrestler Jackson Burchill placed eighth at the North Dakota state tournament. Burchill was the second wrestler who placed for the Huskies this season.

Wahpeton wrestler Josh Krump won the 2021 North Dakota state wrestling championship in the 285-pound division after taking down West Fargo’s KC Ortiz in a 3-2 decision at the Fargodome Friday, Feb. 18.

After not participating in the state tournament last season due to injury, Krump came out with vengeance against his competition. He went 18-1 and had 14 pins throughout the season. He had the No. 1 overall seed for his weight class and he finished his senior year as a state champion.

“It feels so great,” Krump said after winning the state championship. “Just the hard work, being pushed everyday by my teammates, my coaches, putting in that extra work at Wahpeton, it really shows.”

Krump reflected on his arm injury last season and how it pushed him into working even harder then previous seasons.

“The work I put in I fell off the top and had trouble getting back up there, but it just goes to prove that no matter how far you are, rock bottom is a solid form to grow on,” Krump said.

Wahpeton had another wrestler place and that was Jackson Burchill, who placed eighth in the 195-pound division. Head Coach Ryan Brandt was proud of everyone from his team.

“He came out and wrestled tough,” Brandt said about Burchill’s performance.

“Some of these guys that lost, wrestled their best matches all year, and that was gratifying for us to see. I’m very happy with how they all performed,” Brandt said about the team.

Brandt said that he felt nervous before each of them for some reason. He said that Ortiz was the only wrestler that he saw who could stop Josh Krump’s takedown.

Other wrestlers who competed in the state tournament included Tanner Thiel and Hunter Owens, both advancing to the second day of individual matches.

In just Brandt’s second season as a head coach, he has his first state champion.